The Mighty Diamonds - Want To Know The Boss (Music Video) 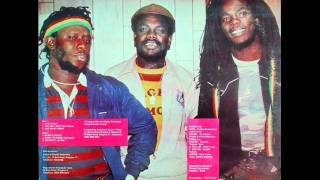 In the 1980s, after Virgin turned away from reggae, The Diamonds had another career boost through recordings for perceptive producer Gussie Clarke, who issued popular albums such as Changes and The Root Is There. The album Backstage was another fine set for Gussie, recorded at Dynamic Sounds studio in Kingston and issued in extended-play style, with each of the album's six conscious late-roots tracks mixed to include dubs.

Mighty Diamonds
The Roots Is There
$18.10
Add to Cart