Austin Powers The Spy Who Shagged Me (Special Edition) PG-13 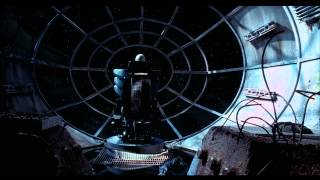 Austin Powers: The Spy Who Shagged Me - Trailer

In his second screen adventure, groovy superspy Austin Powers (Mike Myers) returns to 1969, where one after another hilarious gag is worked into a silly, stumbling, knee-slapping plot. This time around, Austin Powers' arch-nemesis Dr. Evil (also Myers) is joined by a midget-sized clone of himself, Mini-Me (Verne Troyer). Having successfully stolen Austin's "mojo" (his libido), Dr. Evil can concentrate on his ultimate mission of destroying the world. Meanwhile, Austin, with the help of gorgeous agent Felicity Shagwell (Heather Graham), must now not only contend with Dr. Evil, but also the small but vicious Mini-Me. Also in this installment, Evil's son, Scott (Seth Green), finds out who his mother is, and Mike Myers stars as a third character--rotund and truly disgusting Scotsman Fat Bastard. More raucous fun in the spirit of its 1997 smash predecessor, AUSTIN POWERS: THE SPY WHO SHAGGED ME once again thrills audiences with its inexhaustible humor.

18%off
Austin Powers in Goldmember (FS) (Infinifilm Version)
$4.89 on Sale
Add to Cart