Entertainment Weekly: "Lyrically, heartbroken odes like 'Eventually' and 'New Person, Same Old Mistakes' cement the Aussie as one of indie's most inventive songwriters in the game." 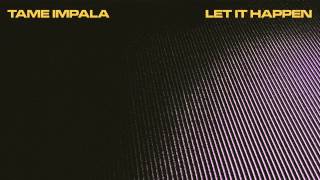 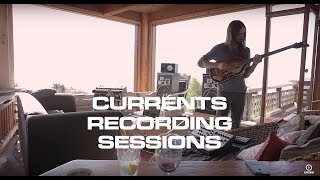 Entertainment Weekly
"Lyrically, heartbroken odes like 'Eventually' and 'New Person, Same Old Mistakes' cement the Aussie as one of indie's most inventive songwriters in the game."
Mojo (Publisher)
"By mutating his heavy genes into something slicker, shiner and stranger, Kevin Parker has shifted Tame Impala into a new phase."
NME (Magazine)
"'Past Life' juxtaposes spoken-word verses with a shimmering, heat-haze chorus."
Paste (magazine) - "This is a near-perfect album. It's a superb progression from their last efforts, a study in internal consistency and just chock fucking full with nearly an hour of great songs."
Pitchfork (Website) - "Nearly every proper song on CURRENTS is a revelatory statement of Parker's range and increasing expertise as a producer, arranger, songwriter, and vocalist while maintaining the essence of Tame Impala..."

Audio Mixer: Kevin Parker .
Photographer: Matthew C. Saville.
After a long break from making Tame Impala music, during which time Kevin Parker produced other people's albums and played in side projects, 2015's Currents shows that much has changed with the project. Like before, Parker recorded the album on his own, only this time without Dave Fridmann's guiding hand and by mostly forsaking electric guitars in favor of a wealth of synthesizers, and this time out there's a much more relaxed, intimate approach. In addition to the soft rock of the '70s feel that permeates the sound, Parker adds elements of R&B and hip-hop to the mix, gets lyrically introspective in spots, and generally sounds like he's either on the verge of a long nap or just waking up from one. These aren't bad things when done right, and Parker's prowess as a producer and musician makes Currents sound good. At the band's best, they blend huge guitar sounds, melodic basslines, and vintage synths into sweeping psychedelic rock with energy and drive that feels hugely cinematic while still feeling real. There are moments when Parker reaches back for that sound, like on the tracks "Let It Happen" and "Reality in Motion," but mostly the album is stripped down and driven by synths and Parker's newfound love of vintage modern R&B sounds. ~ Tim Sendra

Glass Animals
How to Be a Human Being
$10.90 CD Sale
Add to Cart

Eliane Elias
Made in Brasil
$19.90 CD Sale
Add to Cart