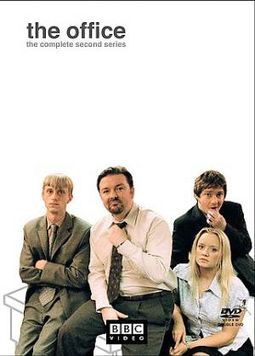 David Brent (Ricky Gervais) is up to the same old sorry tricks in the second season of the BBC's masterful comedy series THE OFFICE. Unfortunately for David, his company has merged and coworker Neil (Patrick Baladi) is now his boss. Nonetheless, David retains his hopelessly "cheery" demeanor in order to stay pals with Tim (Martin Freeman), Gareth (Mackenzie Crook), and Lucy (Dawn Tinsley), who see through his pathetic facade. The only bad thing about Gervais' masterful comedy is that he chose to conclude the series after only two seasons and twelve episodes. This release ensures that audiences all over the world will be able to relive the hilarity for many years to come.