Marijata This Is Marijata 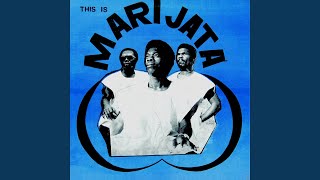 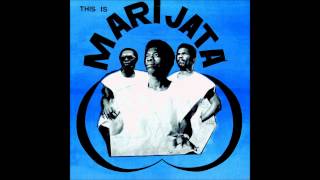 Official Mr Bongo reissue. Marijata was a group made up of three members - Kofi 'Electric' Addison on drums, Bob Fischlan on organ and Nat Osmanu on guitar, hailing from Ghana. 'This Is Marijata' is the groups first LP; released originally on the Gapophone label - it is pure, rootsy, raw, driving African funk music of the highest order, now highly sought-after in both its original and previously reissued forms. Addison, Osmanu and Fischlan formed a band called the Sweet Beans with a young singer and guitarist, namely the legendary Pat Thomas. They released 'False Lover' [GAPO LP 02] in 1974 on Gapophone Records before recording 'This Is Marijata' [GAPO LP 012] and then 'Pat Thomas Introduces Marijata' [GAPO LP 013] shortly afterwards. 'This Is Marijata' is summed up perfectly by the text on the back cover: "Three young musicians of the Sweet Beans believe that in music and entertainment business, there is no room for mediocrity if one's music is to win over a bigger audience and fame. How could they give the public a taste of the talent they had so meticulously nurtured since they began their musical careers without upsetting the current musical inclination in the country Simple, Gapahone Records, quick to spot talent listened to the music of Kofi "Electric" Addison (Drummer) Bob Fischlan (Organist) and Nat Osmanu (Guitarist), liked it and the result, after month of hard work is what you have on this album THIS IS MARIJATA. Backed by a group of hand picked musicians, the whole album is exclusively the work of three young men who are trying to bring back some freshness and raw funk into the current flash-in-the-pan songs being recorded in this country. "I Walk Alone" a cool, scintillatingly slow number, displays some interesting instrumental works. "No Condition Is Permanen" and "Break Through" exhibit originality using the funk medium

64%off
Daniel O'Donnell
I Have a Dream: Classic Songs from the Seventies
$6.50
Add to Cart

25%off
Alan Lomax / Diego Carpitella
Traditional Music And Songs Of Italy
$5.98 on Sale
Add to Cart