832 ratings
Currently Out of Stock: We'll get more as soon as possible
Notify Me When Available
Add to Wishlist
Format:  DVD
sku:  JP 1114D
Our customers love us! 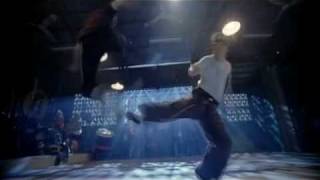 Two aging martial arts experts get back in the game after a three decade layoff in this mixture of action and comedy from the writing and directing team of Derek Kwok and Clement Cheng. Dragon (Chen Kuan-tai) and Tiger (Bruce Leung) were once kung fu masters who could defeat any opponent and were eager to serve their master (Teddy Robin), helping out as the school he founded. However, that was before the master fell into a coma; thirty years later, he's still lingering and Dragon and Tiger are still waiting for him to regain consciousness and tell them what to do, while they've turned the school into a tea house to make a living while he's out of commission. A less-than-scrupulous real estate agent is eager to buy out the shop, and they dispatch young but timid Cheung (Wong You-nam) to negotiate. However, Cheung ends up siding with the elderly kung fu champions when the master is accidentally roused from his coma by a blow to the head and insists on taking on Master Pong (Chan Wai-man), the devious proprietor of another martial arts academy. DA LUI TOI (aka GALLANTS) received its North American premiere at the 2010 New York Asian Film Festival.