Spin: "Frank Turner gives sincerity a good name on the rousing ENGLAND KEEP MY BONES, an exclamation point in an increasingly brilliant career..." 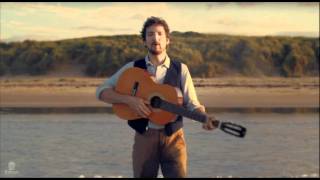 Frank Turner - If I Ever Stray (Music Video) 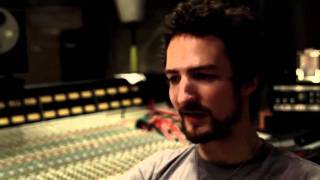 England Keep My Bones In The Studio (Music Video)

Spin - p.74
"Frank Turner gives sincerity a good name on the rousing ENGLAND KEEP MY BONES, an exclamation point in an increasingly brilliant career..."
Alternative Press - p.108
4 stars out of 5 -- "[The album] sees him tactfully tackling everything from a cappella excursions to expertly arranged full-band rockers....Turner's penchant for experimentation is impressive..."
Paste (magazine) - "[I]t's a thoroughly effective mixture, delivering crunchy hooks and impassioned screeds at a ruthlessly uncluttered clip."

Anyone who plugged into last year's Rock & Roll EP or the advance singles "Peggy Sang the Blues" and "I Am Disappeared" will understand that Frank Turner has become a songwriter of uncommon depth and variety. England Keep My Bones is a quintessentially British album, its title taken from Shakespeare's The Life and Death of King John, but that shouldn't put Americanskis off. Turner's record is a giant step from Poetry of the Deed; it contains far better production, expert sequencing and balance, and the best batch of songs he's written to date. "Peggy Sang the Blues" (dedicated to the memory of his grandmother) begins with an acoustic guitar but admits the band before the first verse starts. Its infectious, nearly funky bassline stands out against the ringing electric guitar chords. Keyboards grace the background, as does a layered vocal chorus. Turner half sings and half shouts his poignant tome in his best "raise your beer style," he sounds like a dead cross between Billy Bragg and Stiff Little Fingers' Jake Burns. In "I Still Believe," one of the album's numerous barroom anthems, Turner testifies that "Right here, right now, Elvis brings his children home/You never have to feel alone/Teenage kicks and gramophones, we hold them in our hearts/Now who would have thought, that after all/Something as simple as rock and roll would save us all?" Guitars blast and drums crackle and it's a truth party all around. He reveals a growing knowledge of British traditional folk that shines through in "Rivers" and the a cappella "English Curse." Skiffle-style country shows itself in the drinking song "If I Ever Stray," but Turner gets heavy, too: "One Foot in Front of the Other" roars with a punk rock energy he's not unleashed since his days in Million Dead, though it's not punk. "Wessex Boy" is a largely acoustic update of "To Take You Home" from Love, Ire & Song. Turner's a political songwriter to be sure, all of his material here is rooted in an innate understanding of class struggle, but he never takes himself too seriously. "Redemption" is a confessional and vulnerable rocker about his side of the street in the end of a relationship which claims his redemption from his mistakes as his own responsibility. This sets up the closer, the scathing yet hilarious "Glory, Hallelujah." A church organ intros an evangelical British back country paean to the glories of atheism, personal responsibility, and morality. Taken as a whole, England Keep My Bones is evidence that Turner is an artist who has fully arrived and knows it. And that's no sin. ~ Thom Jurek