Spin: 3 stars out of 5 -- "Relying on savvy Jamaican producers and his own rapid-fire wit, he once again slyly imbues irresistible club beats with infectious bad-boy charisma." 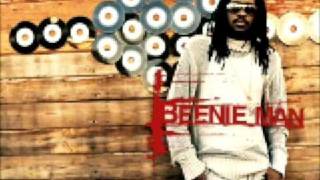 A few years after declaring himself "King of Dancehall," Beenie Man reaffirms his place at the top of the dancehall game with the manifesto that is his 2006 album, UNDISPUTED. With beat work from dancehall giants Don Corleon and Tony Kelly as well as hip-hop superproducer Scott Storch, Beenie commands each track with more than enough lyrical swagger and braggadocio to challenge any of his ragamuffin peers. UNDISPUTED also features appearances from Akon, Lady Saw, Randy, Brooke Valentine, and Voltio.