Madonna The Complete Guide to Her Music
by Rikky Rooksby 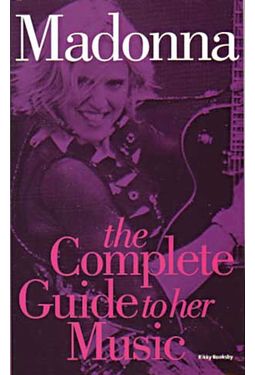 The indispensable consumers' guide to the music of Madonna.

An album by album, track by track, examination of every song released by Madonna, form their first single, "Everybody" to Music and the present day. Includes sections on Madonna's soundtrack and compilation albums.

- An album by album, track by track analysis...

- Information on when and where the music was recorded...

- A track index for easy reference...

- Details of Madonna re-issues and compilations

John Mendelssohn - I, Caramba (Book)
$1 on Sale
Add to Cart

Madonna
Who's that Girl / Causing a Commotion
$2.50 Super Savings
Add to Cart