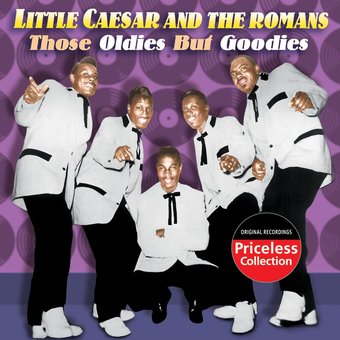 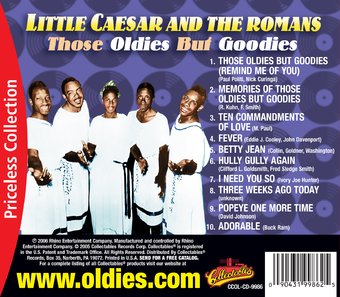 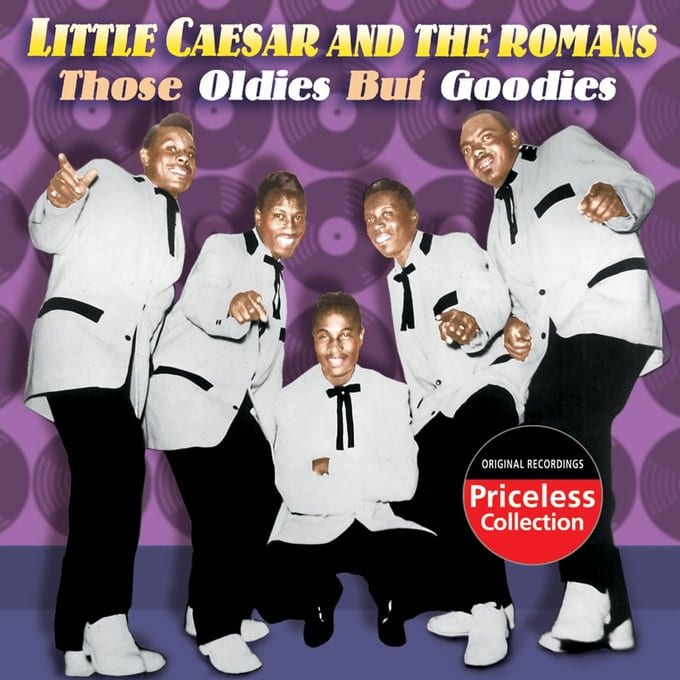 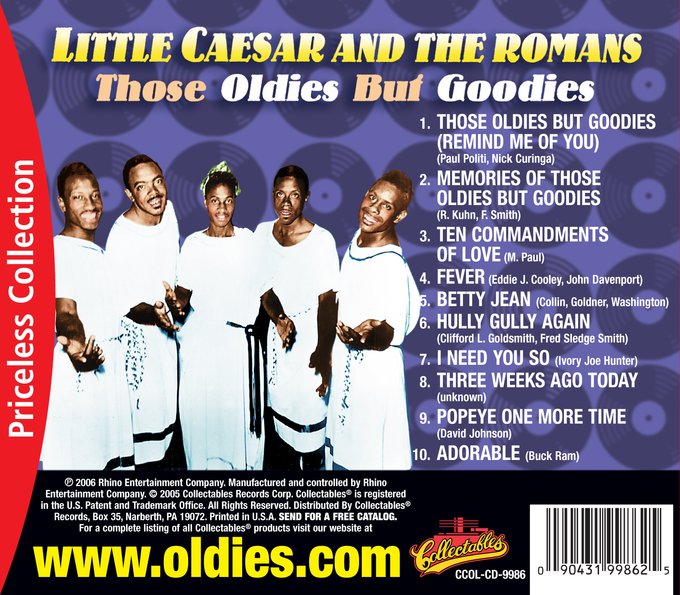 A budget-priced 10-track collection of favorites from Little Caesar & The Romans. All original recordings.

Little Caesar & the Romans may have been the most deliberate purveyors of real and perceived nostalgia in the history of pop music. The group's first single, "Those Oldies But Goodies," stands or falls on its title's notion, while the follow-up single, "Hully Gully Again," depends on the recognition of the Olympics' earlier hit, "Baby Hully Gully." From there, Little Caesar & the Romans just upped the ante with "Memories of Those Oldies But Goodies," which not only fed off the created nostalgia of the group's first single, it was also entirely made up of snippets from vocal group hits from the past. Add to this the group's penchant for wearing togas in concert (as if willful nostalgia weren't novelty enough), and it starts to feel a little (or a lot) contrived, if not downright manipulative. But few musical acts have gone broke courting nostalgia, and Little Caesar & the Romans were tailor-made for the oldies circuit a dozen years before such a circuit even existed. This brief set collects the essential singles from their two-year (1961-1962) stay at Bob Keene's Del-Fi Records, and includes the above three songs along with a handful of credibly done R&B covers. For most listeners this set will be plenty, but for those needing more, Del-Fi's own Toga! Toga! Toga! from 1998 has everything the group recorded for the label. ~ Steve Leggett

Little Caesar
Your On-The-Hour Man: The Modern, Dolphin and Downey...
$13.60
Add to Cart