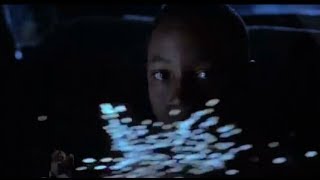 In this critically-acclaimed action drama a street-wise 12-year-old boy devises a dangerous plan to rid his neighborhood of its two competing drug dealers and save his sister. Using the type of thought he learned from playing chess with his father, the kid plays the thugs off one another, makes sacrifices when necessary, and wins the game. Winner of the Filmmaker's Trophy at the Sundance Film Festival.

There's only one thing making this inner-city delivery boy's job dangerous: the merchandise. 12-year-old Fresh is a drug courier whose morning deliveries make him late for school. Luckily, he's also got age on his side. Fresh is small enough not be noticed, smart enough to stay quiet and quick enough to avoid trouble, so he's sitting pretty. But life can still be rough for a little kid in the 'hood. When Fresh witnesses a murder, there's nothing he can do but keep his mouth shut, if he wants to stay alive.