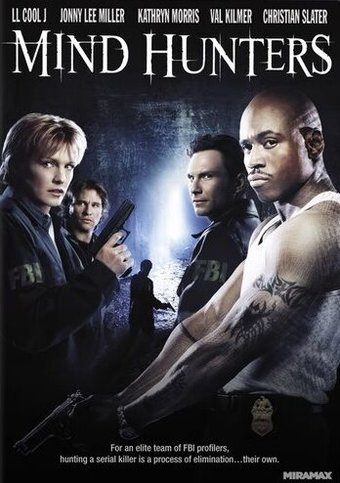 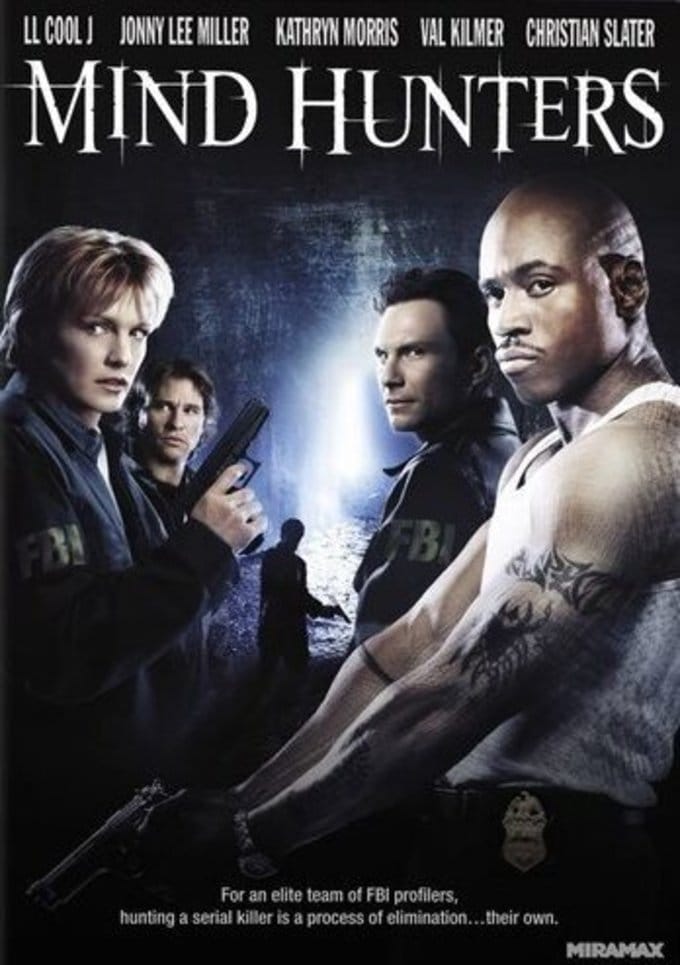 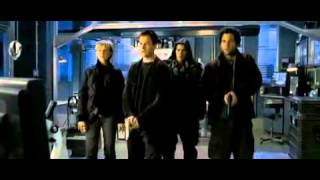 The profilers become the profiled in this SILENCE OF THE LAMBS meets TEN LITTLE INDIANS action thriller. Val Kilmer plays the trainer at the FBI's serial-killer-profiling school; he sets up elaborate field games based on previous cases and the students have to crawl inside the minds of these twisted killers while avoiding getting killed or going nuts in the process. The characters include a guy in a wheelchair (Clifton Collins Jr.), a mysterious Philadelphia detective (LL Cool J), a tough Latina babe (Patricia Velasquez), and a girl with a head for math (Kathryn Morris), among others. Christian Slater plays the leader. For a final test, the group has to spend the weekend at a remote Carolina island and develop a profile of the Puppeteer (he strings people up with hooks from the ceiling so they look like marionettes), a fictional killer created by their genius teacher. However, the class hardly even gets to exposit their background stories before the deadly traps start flying... for real. The killer sets watches for the exact moment when the next death will occur. And since it's a military training island, target practice dummies pop up all over the the full-scale model town to keep things jumping. Director Renny Harlin pumps the film full of adrenaline, and LL Cool J gets to show off his incredible arm strength when he has to swing from pipe to pipe over electrified water in a flooding basement--watch for the great underwater climax. As if that wasn't enough, there are also acid, maggots, arrows, explosions, gas, lots of dominos, ticking timers, and shouting. As the body count rises, everyone takes a turn at being a suspect, and a deadly process of elimination seems to be the only reliable tactic for finding the killer.