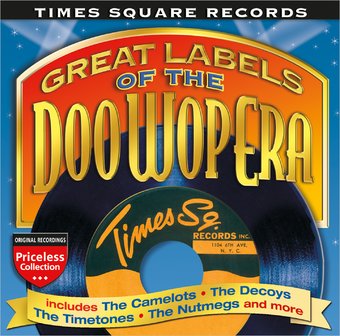 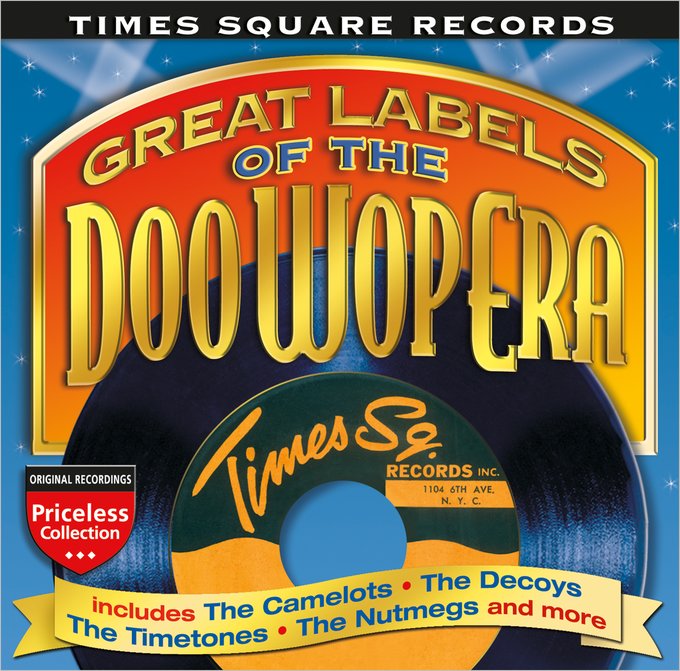 Times Square Records grew out of the Times Square Record Shop, which was owned and operated in New York City by Irving "Slim" Rose. Rose catered to collectors of rare 45s by 1950s vocal groups, and unable to find stock of several in-demand titles, he got permission to re-press some of them beginning in 1959, and the enterprise was such a success that he officially started Times Square Records in 1961. Since the so-called doo wop era of the late '50s was deemed over, Rose was able to cheaply purchase the masters of several classic (and soon to be classic) vocal group sides, and once re-released, tracks like the Capris' "There's a Moon Out Tonight" and the Edsels' "Rama Lama Ding Dong" rose much higher on the pop charts than they had on their original imprints, jump-starting the so-called doo wop revival of the early '60s. Essentially a label for collectors, Times Square became a commercial success as well, releasing -- or more correctly, re-releasing -- some 50 singles between 1961 and 1964 before the Beatles and the British Invasion groups hit to shift the public's record-buying taste. Both the store and the label -- including all of the masters -- were sold to Relic Records in 1965. This brief set of Times Square reissues really only scratches the surface of what the label was able to rescue from obscurity, but includes some very impressive material like the airy "Dance Girl" by the Camelots, the goofy kiss-off "Go Back Where You Came From" by the Summits, the Timetones' "The House Where Lovers Dream," and the Nutmegs' a cappella masterpiece "Let Me Tell You." ~ Steve Leggett