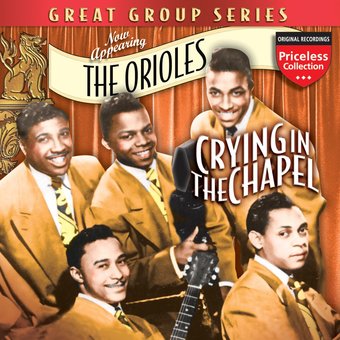 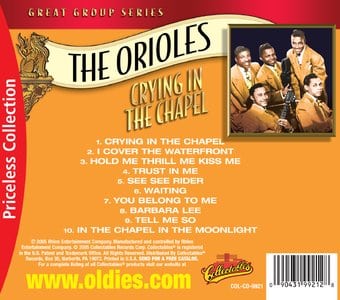 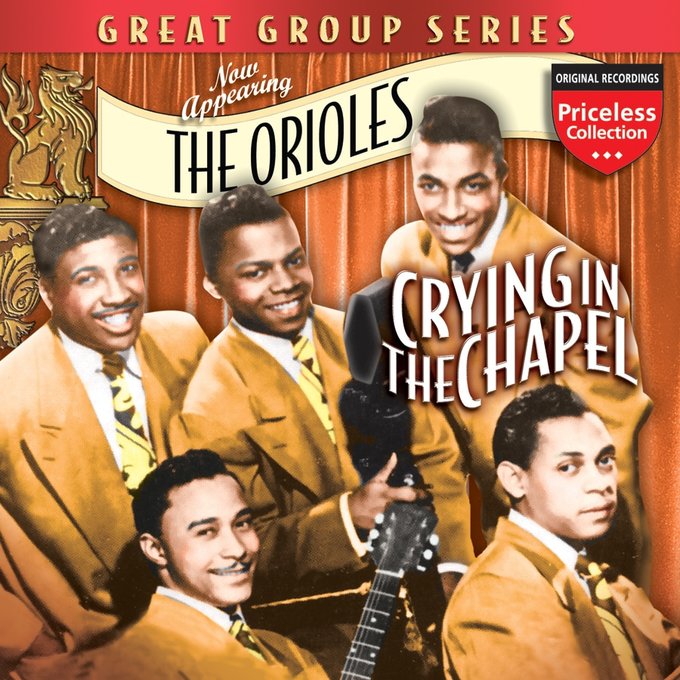 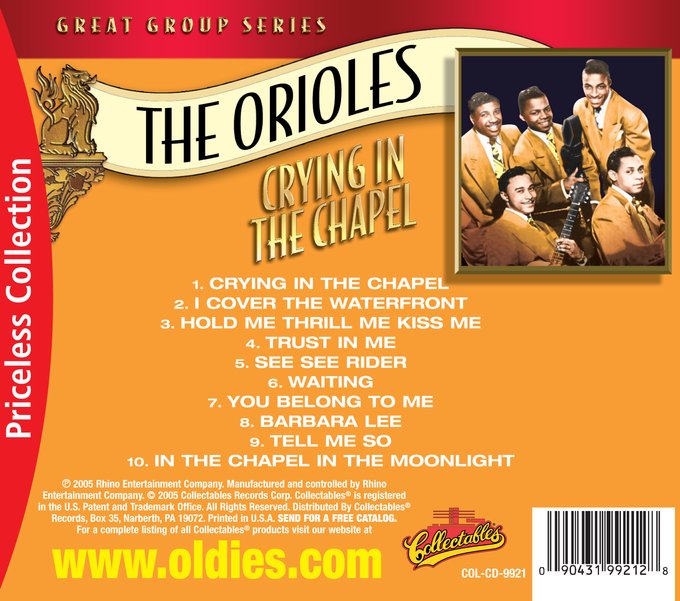 A budget-priced, 10-track collection of favorites from The Orioles. All original recordings.

Led by the sultry tenor voice of Sonny Til, the Orioles, in spite of being regarded by many as the originators of doo wop, have been very poorly served in the CD era, with most of the collections available consisting of re-recorded versions of their late-'40s and early-'50s hits. There is the massive and definitive six-disc box from Bear Family, of course, but little for the more casual listener to seek out, although this 20-track set has the bare essentials in the original versions from Jerry Blaine's Jubilee Records, including the Orioles' signature tune, 1953's "Crying in the Chapel." One of the first groups to bring an overt gospel influence into the pop arena, the Orioles are well worth investigating. The Jubilee Recordings, released in 1993, is still the one to get, though, if you must have a multi-disc Orioles set. ~ Steve Leggett

The Harptones
That's The Way It Goes (Great Group Series) (CD)
$6.97 on Sale
Add to Cart

Hot
The Flamingos
I Only Have Eyes For You (Great Group Series) (CD)
$7.97 Super Savings
Add to Cart

60%off
Murray The "K"
Sing Along With The Original Gassers
$5.98 on Sale
Add to Cart