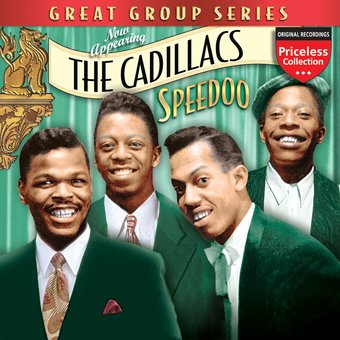 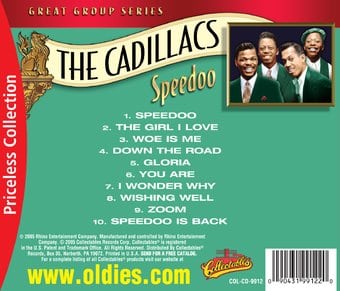 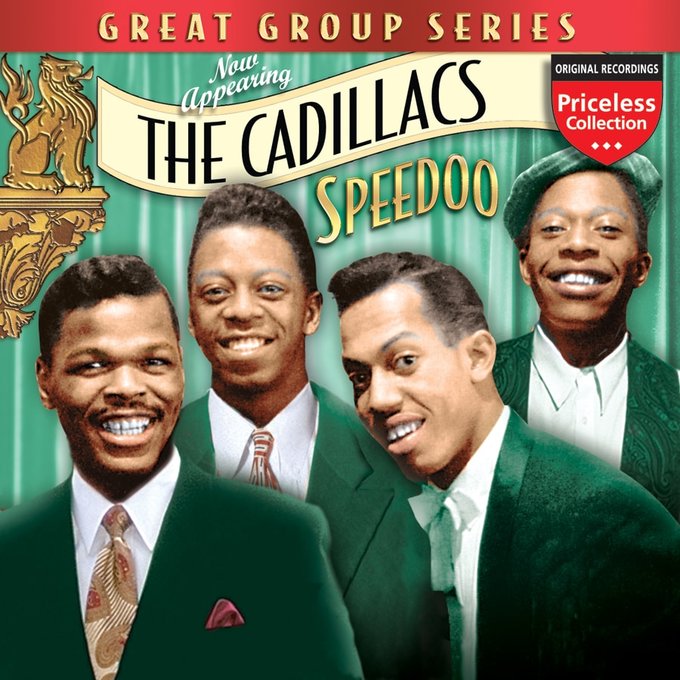 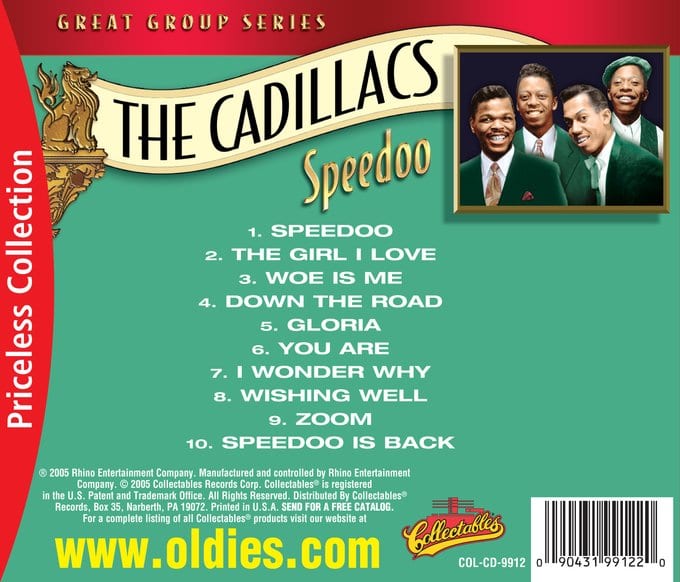 A budget-priced, 10-track collection of favorites from The Cadillacs. All original recordings.

As part of Collectables' Great Group Series, the Cadillacs are featured on this ten-track budget-priced disc. While their only hit, "Speedoo," released in 1956, is included in the original version, there are equally enjoyable, similar-sounding tracks such as "I Wonder Why," "Gloria," "Wishing Well," "Zoom," and "Speedoo Is Back" that are worth hearing. This is a great disc for the casual listener, but collectors will want to track down The Best of the Cadillacs, released on Rhino in 1990 and including eight extra tracks. ~ Al Campbell

Hot
The Flamingos
I Only Have Eyes For You (Great Group Series) (CD)
$7.97 Super Savings
Add to Cart

60%off
The Cadillacs
The Fabulous Cadillacs / The Crazy Cadillacs
$5.98 on Sale
Add to Cart