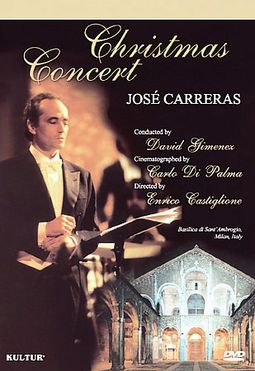 Superstar tenor Jose Carreras celebrates the Christmas season with his soothing and powerful voice on this musical holiday special. Recorded at Milan's Basilica di St. Ambrogio, Carreras sings both classical selections from composers Handel, Schubert, and Bach, as well as traditional favorites such as "Silent Night" and "Little Drummer Boy." A wonderful mix of religious and festive, this performance is part of a series of concerts commissioned by the Pope to ring in the new millennium.