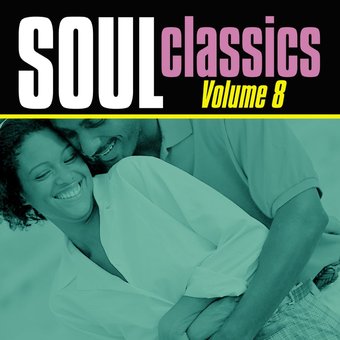 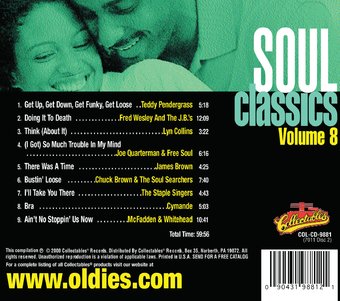 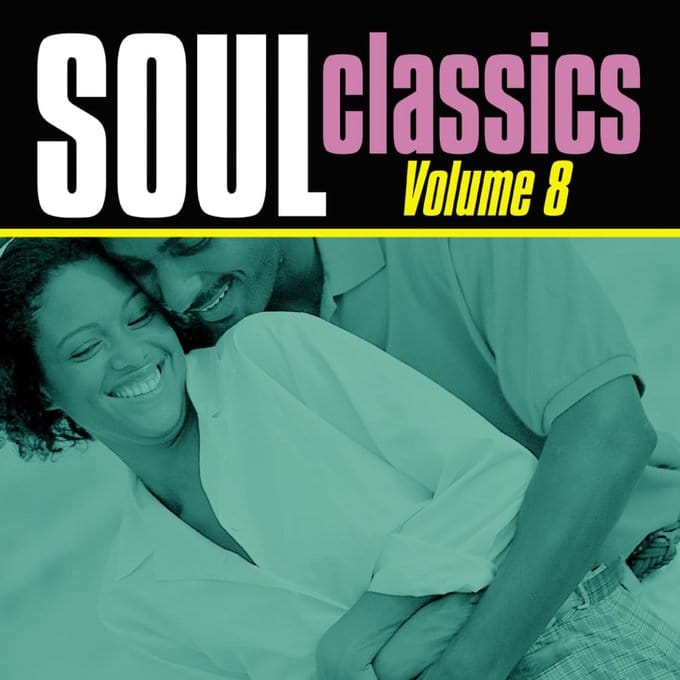 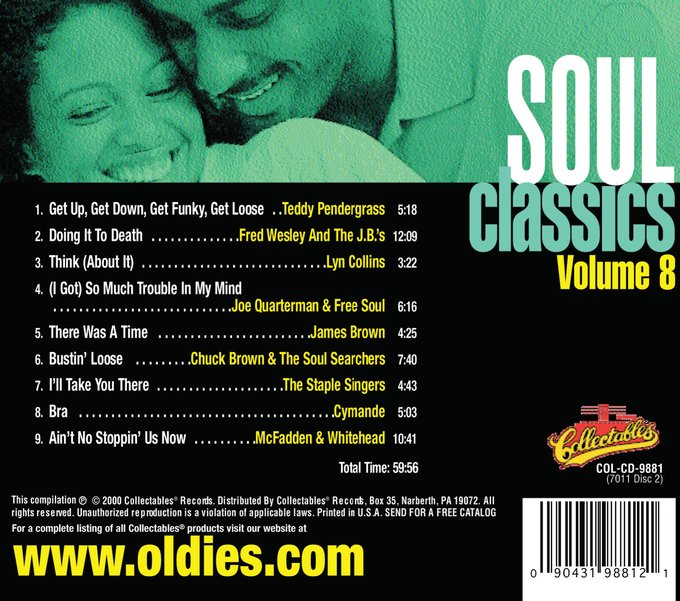 Highlights include The Staple Singers' "I'll Take You There," Chuck Brown & The Soul Searchers' "Bustin' Loose" and James Brown's "There Was A Time."

Though it's one of the shorter volumes in the Soul Classics series, Vol. 8 features some of the best music, including the Staple Singers' "I'll Take You There," McFadden & Whitehead's "Ain't No Stoppin' Us Now," and Teddy Pendergrass' "Get Up, Get Down, Get Funky, Get Loos" among its nine tracks. This compilation focuses on extended versions of the songs, such as a 12-minute "Doing It to Death" by Fred Wesley & the J.B.'s and the nearly eight-minute "Bustin' Loose" by Chuck Brown & the Soul Searchers. Though this album doesn't feature too many quintessential soul hits, it does have some interesting, slightly less-well-known contributions from Lyn Collins, Cymande, and Joe Quarterman & Free Soul. It's not a definitive compilation, but Soul Classics, Vol. 8 may be of interest to soul fans who already have the essentials. ~ Heather Phares