Who shot Vinson Gowrie in the back? The jailhouse at Jefferson, Mississippi, may not hold the actual killer, but it does have the suspect an angry lynch mob wants: Lucas Beauchamp. 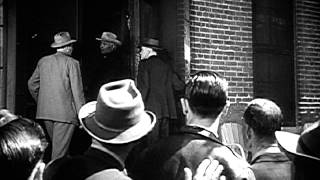 Intruder in the Dust - Trailer 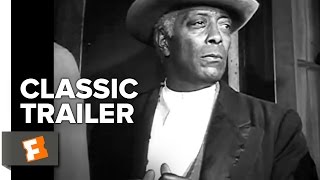 Who shot Vinson Gowrie in the back? The jailhouse at Jefferson, Mississippi, may not hold the actual killer, but it does have the suspect an angry lynch mob wants: Lucas Beauchamp, who has long refused to exhibit the obsequious attitude expected of black people in Jefferson. Based on William Faulkner's novel and filmed in his hometown of Oxford, Intruder in the Dust is both a gripping whodunit and a milestone of social-conscience filmmaking. Claude Jarman, Jr. (reunited with director Clarence Brown of The Yearling) plays the youth whose troubled sense of right makes him a catalyst in solving the mystery. And Juano Hernandez is memorable as Lucas: proud, perceptive, strong - words that also describe this superb film named one of 1949's 10 Best by the National Board of Review.

A young boy learns about the power of racial inequality in this groundbreaking film based on William Faulkner's 1948 novel. Lucas Beauchamp (Juano Hernandez), a proud, intelligent black man living in the Deep South, has just been arraigned for the murder of a white man. It's a crime for which he's going to jail. But Lucas is barely in the jailhouse a few hours before an angry white mob starts fixin' to lynch him. His Caucasian brethren have never been pleased with Lucas's fancy clothes, stately manner, or "uppity" attitude. These folks wouldn't dream of letting him serve time peacefully; they want to "make him a nigger first." But a young white boy named Chick (Claude Jarman Jr.)--whom Lucas had earlier saved from harm--uncovers evidence that might prove his innocence. Desperate to save Lucas, Chick convinces his lawyer uncle (David Brian) to defend Lucas, and, with the help of a young black friend (Elzie Emanuel) and a feisty older white woman (Elizabeth Patterson), they set out to prove Lucas's innocence. This sophisticated drama from the multitalented Clarence Brown honestly portrays racial strife and injustice mixed with a sense of hope, humor, and realism.

A black man is accused of murder in a small southern town, and the townspeople want him lynched.

Race Relations | Injustice | Murder
This product is made-on-demand by the manufacturer using DVD-R recordable media. Almost all DVD players can play DVD-Rs (except for some older models made before 2000) - please consult your owner's manual for formats compatible with your player. These DVD-Rs may not play on all computers or DVD player/recorders. To address this, the manufacturer recommends viewing this product on a DVD player that does not have recording capability.