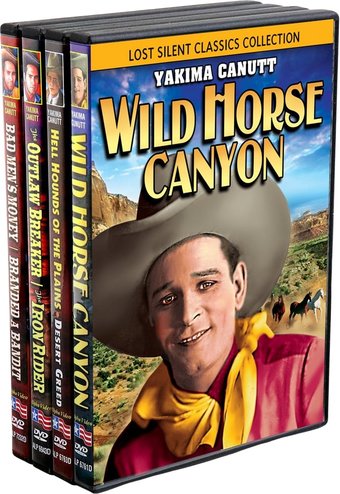 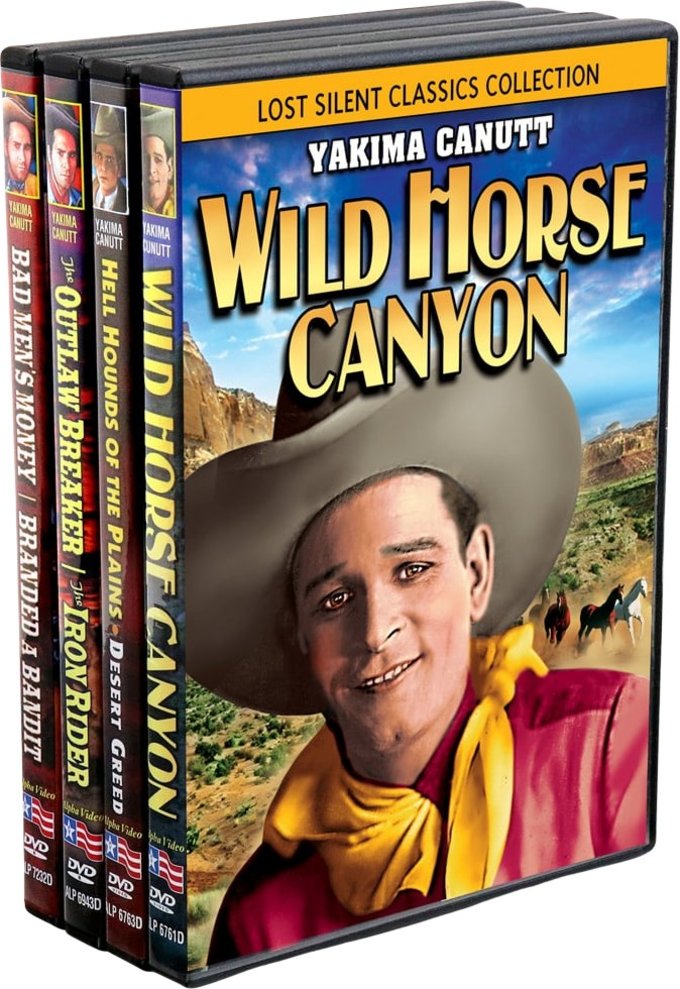 Before he became a legendary stuntman in the sound era, Yakima Canutt was a popular leading man in silent Westerns produced by Ben Wilson. Includes 'Branded a Bandit' (1924), 'Wild Horse Canyon' (1925), 'Hellhounds of the Plains' (1926), 'Desert Greed' (1926), 'The Outlaw Breaker' (1926), 'The Iron Rider' (1926) and 'Bad Men's Money' (1929).
This product is made-on-demand by the manufacturer using DVD-R recordable media. Almost all DVD players can play DVD-Rs (except for some older models made before 2000) - please consult your owner's manual for formats compatible with your player. These DVD-Rs may not play on all computers or DVD player/recorders. To address this, the manufacturer recommends viewing this product on a DVD player that does not have recording capability.