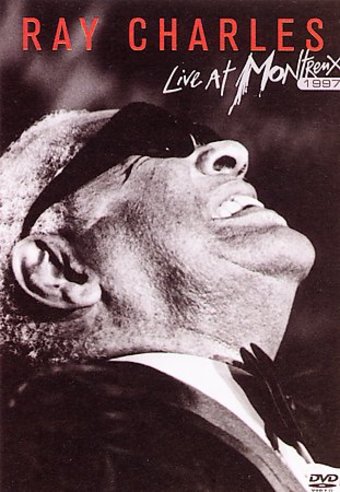 Get email alerts for Ray Charles
9 ratings
Currently Out of Stock: We'll get more as soon as possible
Notify Me When Available
Add to Wishlist
Format:  DVD
item number:  XTXB 06855D
Related products:
James Taylor - Live At The Beacon Theatre for $11.80
Johnny Cash - Man In Black: Live in Denmark 1971 for $11.80
Billy Joel: Live at Shea Stadium (Blu-ray) for $22
91% recommend us!

By the time Ray Charles arrived at Montreux in 1997, he was a living legend, unmatched in his musical genius for nearly five decades. This powerful concert film captures the soul man's last-ever appearance at the festival, where he treated fans to some of his biggest hits including "Georgia on My Mind," "People Will Say We're In Love," and "I Can't Stop Loving You."

Ray Charles was one of the true pioneers of soul music. Born in Georgia in 1930 he was one of the first performers to mix gospel, R & B and jazz to create a
new form of black pop music that would come to be known as soul. His voice and delivery were strikingly different and instantly recognizable. He had his first hits
in the early 50's and was still hitting the charts into the 21st century. His death in June 2004 from liver disease was front-page news around the world.
This concert was filmed at the Montreux Jazz Festival on July 19, 1997 and features Ray Charles and his orchestra, led by sax player Al Jackson, and of
course The Raelettes.
The set includes many of his most popular tracks such as Shadows Of My Mind, Georgia On My Mind, and the No.1 hit I Can't Stop Loving You.

Ray Charles
Ray Charles with the Voices of Jubilation
$11.30
Add to Cart
(3)