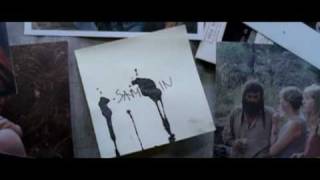 The lines between mental breakdown and externalized predation blur for a poor young woman in LEFT BANK, director Pieter van Hees's moody and enigmatic psychological thriller. Eline Kuppens stars as Marie, an emotionally troubled and socially isolated girl from a broken family, who finds meaning in her life by committing to intense athletic competition. Sadly, Marie soon catches an infection, which triggers an immediate physical collapse and forces her to rest for a lengthy period of time. She nonetheless finds solace in a new paramour, the archer Bobby. He not only imparts reassurance and provides an emotional anchor, but exudes an optimism and a zeal for life that prove contagious and even prompt Marie's mother to invite comparisons with Marie's dad. Then, just when it seems that the young woman could not possibly feel more joyous or content, her life turns a dark corner. She agrees to move into Bobby's flat on the "Left Bank," a dank and slightly menacing housing project in a seedy neighborhood. In seemingly no time, she learns that a previous occupant vanished under inexplicable circumstances, which adds to her overall sense of paranoia; she also suffers physically, from encroaching headaches, nausea and sleeplessness, and becomes convinced that the place is wreaking havoc on her mind and body. Meanwhile, her mistrust of the incredulous and skeptical Bobby also builds to a fever pitch.