Get email alerts for Wild Bill Davison
Currently Out of Stock: We'll get more as soon as possible
Notify Me When Available
Add to Wishlist
Format:  CD
item number:  7A6RF
91% recommend us! 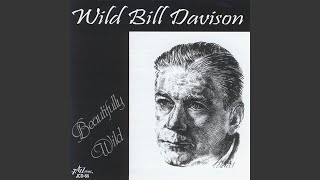 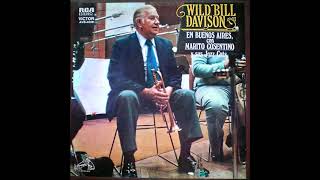 Personnel: Wild Bill Davison (cornet); Jerry Rousseau (baritone saxophone); Don Reitan (piano); Kenny Mason (vibraphone); Spider Ridgeway (drums).
Liner Note Authors: George H. Buck, Jr.; Eleanor L. Buck.
Cornetist Wild Bill Davison was mostly heard in Dixieland bands throughout his long career but occasionally he would record in more intimate settings for a change of pace. On this Audiophile release, Davison is backed by a four-piece rhythm section that includes vibraphonist Kenny Mason and pianist Don Reitan. The ten standards lean toward ballads and the swing era, and the interpretations are more mainstream than Dixie. One of the most expressive of all brass players (Davison's growls and shakes allowed him to express both sarcasm and sentimentality, sometimes at the same time), Wild Bill is in fine form on melodic versions of such songs as "She's Funny That Way," "Mean to Me," "What's the Use" and "Everything Happens to Me." ~ Scott Yanow