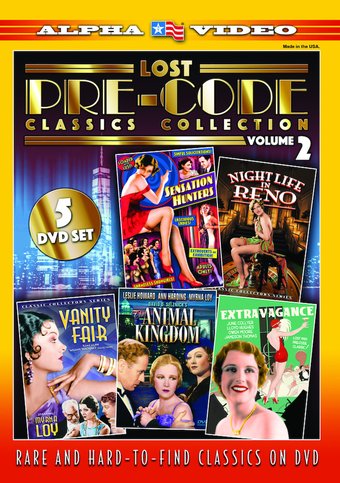 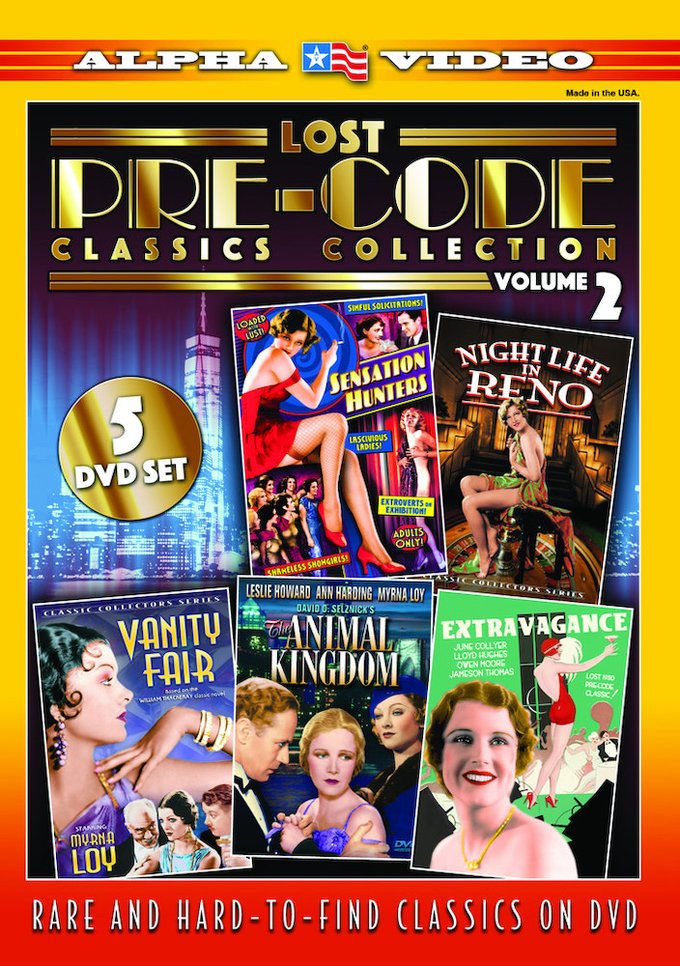 Extravagence: Spoiled newlywed Alice Kendall is demanding an expensive sable coat from her beleaguered young husband, Fred Garlan, who is desperately trying to secure a loan to keep his fledgling business afloat. While Fred slaves long days and late nights at the office, Alice takes to hitting exclusive night spots with her best friend, Esther Hamilton, who is having an extramarital fling with bachelor playboy Harrison Morrell. When Fred accidentally discovers the affair between Morrell and Esther, the fateful chain of events initiated will lead to tragedy. Handsome leading man Lloyd Hughes was a silent screen star appearing opposite Mary Astor, Colleen Moore and Mary Pickford. He is best remembered for his roles in Tess Of The Storm Country (1922), The Lost World (1925) and Moby Dick (1930). Owen Moore, a dashing leading man of the silent era, was married to Mary Pickford until she left him for Douglas Fairbanks. June Collyer is best remembered for her role on The Stu Erwin Show.

Night Life in Reno: June Wyatt catches her husband in an adulterous embrace with a floozie. She heads to Reno for a quickie divorce only to discover that there is a six week waiting period. John Wyatt, her repentant husband, follows her in a desperate attempt to win her back. He has his work cut out for him when the beautiful and newly single June, decides to take full advantage of handsome suitors and the wild Reno nightlife. Night Life In Reno was the last film appearance for Virginia Valli who had starred in Universal studio productions throughout the silent era. Beautiful Hollywood High School graduate Carmelita Geraghty was a leading lady throughout the 20s. In the 1930s she played a succession of temptresses in Poverty Row productions. Notorious stripper Dixie Lee has a cameo role as the "other" woman.

Vanity Fair (1932): Becky Sharp is a devious young beauty obsessed with the trappings of high society. And there is no shortage of immoral men to shower her with the finer things in return for her favors - her best friend's brother, her best friend's husband, her employer and employer's son, to name a few. As she glides coldly from affair to affair, she leaves a wake of shattered friendships and devastated hearts. Unable to see the growing lines in her face or the deepening circles under her eyes which mirror her inner corruption, Becky lives life by her own bankrupt set of standards that threaten to destroy her. Produced in 1932, this adaptation of William Makepeace Thackeray's biting 19th century literary masterpiece was the first sound version after four silent Vanity Fair productions. Two years after her dark portrayal of Becky Sharp, Hollywood beauty Myrna Loy appeared in her most famous and beloved role - that of witty sophisticate, Nora Charles, in The Thin Man, opposite William Powell. By 1936, her popularity was such that she was named "Queen of the Movies" in a nationwide poll.

Animal Kingdom: Wanton, carefree playboy Tom (Leslie Howard) is the salaciously behaving heir to a publishing fortune. At his father's insistence, Tom decides to become respectable and marry "good girl" socialite Cecelia (Myrna Loy). Ruefully, Tom discards his capricious, free-spirited mistress Daisy (Ann Harding) and tearfully bids farewell to the pleasure and follies of youth. However, Tom and Cecelia's union is without love and Cecelia's passion is corrupt, icy and calculated. Once married, it is Cecelia, ironically, who embarks on a series of wild carnal adventures, while Daisy, once an advocate of free love, pines away for Tom. Produced by the legendary David O'Selznick and based on the play by Philip Barry ("The Philadelphia Story"), The Animal Kingdom is a tart and strikingly sophisticated martini-dry drawing room comedy of sexual intrigue and social observation reminiscent of Noel Coward and Henrik Ibsen. Featuring an all star cast at the top of their game, this pre-code shocker is a frank and explicit romance of the unspecified adult desires that throbbed beneath the surface of 1930's high society.

Sensation Hunters: Sexy society gal Dale Jordon leaves her upstanding boyfriend to work in Panama City as a showgirl. Dale and her girlfriend, Jerry, book themselves into the best cabaret in town - a venue that is also a hot spot for pickpockets and con artists. When the girls aren't dancing, they're hustling the customers for drinks. Dale "wows" the clientele with her singing, but after clashing with the manager, Dale and Jerry are sent packing. Their only salvation is Jim Crosby, who wants to marry Dale and take her to New York. Crosby, who is already married and unable to get a divorce, is killed in a plane crash before they can leave. Jerry is then hurt in a bar fight and rushed to the hospital near death. Dale Jordon is now faced with the most desperate decision of her young life. To raise the money for them to escape Panama's sordid underworld, she must become a prostitute. This brisk melodrama from Monogram Pictures is peppered with rapid-fire slang and snappy musical numbers from the era. Look for a young Walter Brennan as a tongue-tied waiter in The Bull Ring Cafe.