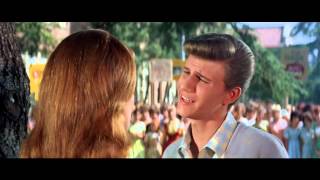 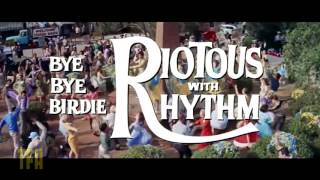 This entertaining musical, based on the Broadway hit inspired by the hysteria surrounding Elvis Presley's induction into the army, traces the shock waves a drafted rock & roll star, Conrad Birdie (Jesse Pearson), creates when he comes to a small town to kiss adoring fan Kim McAfee (Ann-Margret) good-bye on national TV. A fiesty secretary, Rosie DeLeon (Janet Leigh), has put the whole plan in motion, hoping that Birdie will sing a song composed by her beau, Albert Peterson (Dick Van Dyke), enabling Rosie's boyfriend to finally break free of his domineering mother (Maureen Stapleton) and marry her. Meanwhile, Kim's new steady, Hugo (Bobby Rydell), is less than pleased about the spotlighted embrace, as are her parents (Paul Lynde and Mary LaRoche)--at least until they get in on the action too. Ed Sullivan appears as himself, Ann-Margret is her usual perky, gyrating self, Van Dyke amply displays his wealth of talents, and Lynde and Stapleton nearly steal the whole production with their hilarious supporting roles. Director George Sidney, who would soon collaborate with the real King in the Presley tour de force VIVA LAS VEGAS, tightens the Broadway original without losing any of its verve and charm to create a rollicking uptempo joyride through a candy-colored early 1960s pop-culture landscape.

New
Lillias White
Get Yourself Some Happy
$14.50
Add to Cart