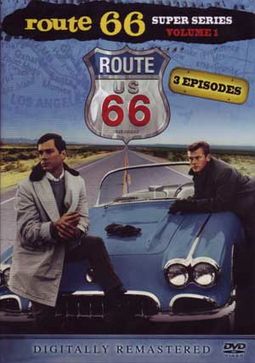 Includes the episodes "Eleven, The Hard Way," "And the Cat Jumped Over the Moon" and "Lizards' Leg and Owlet's Wing."

When Todd Stiles's rich father dies and leaves him only a little bit of cash, but a flashy new blue Corvette, he decides to hit the road and find out what awaits him on the American highway. His working-class best friend Buzz Murdock (George Maharis) comes along for the ride, and together they cross paths with a series of interesting and troubled characters. This classic 1960s drama took TV production out of the studio and on the road, using real locations and the guest appearances from veteran actors, as well as those whose stars were still on the rise. This release features three episodes from the show.