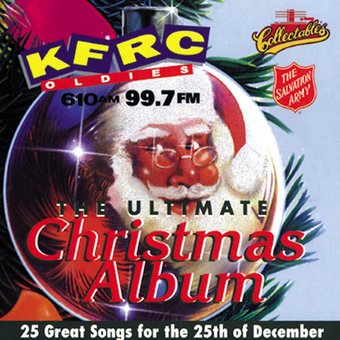 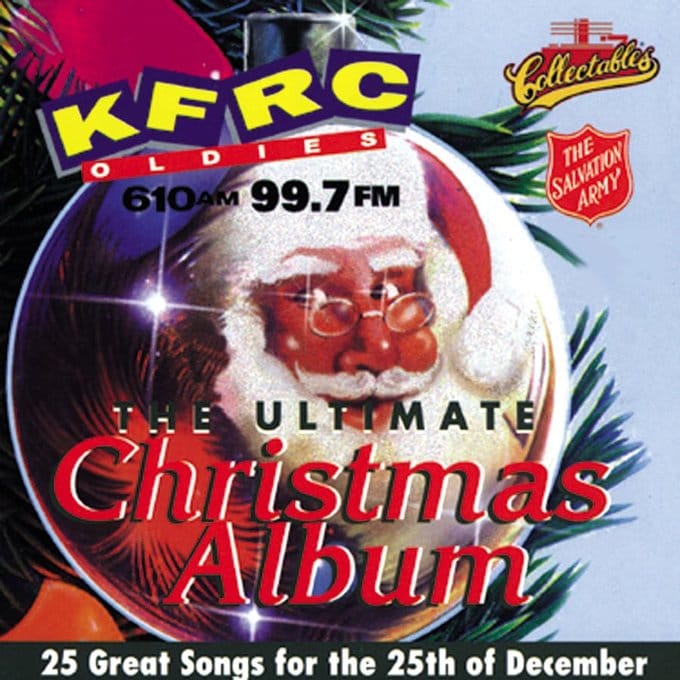 Collectables' Ultimate Christmas Album promises "25 Great Songs for the 25th of December," and for the most part it lives up to its word, delivering such '50s and '60s holiday standards as Brenda Lee's "Rockin' Around the Christmas Tree," Bobby Helms' "Jingle Bell Rock," Jimmy Boyd's "I Saw Mommy Kissing Santa Claus," and Gene Autry's "Rudolph the Red-Nosed Reindeer." The collection also features several Motown Christmas songs, including the Temptations' "Silent Night," Diana Ross & the Supremes' "Silver Bells," and Stevie Wonder's "What Christmas Means to Me." Songs by the Cadillacs, Connie Francis, the Four Seasons, Dion, and the O'Jays round out this fun, festive compilation of Christmas oldies.
~ Heather Phares

Collectables Records' various-artists compilation The Ultimate Christmas Album has been released both on its own and as a tie-in with a series of radio stations. There are identical editions of the album associated with KLUV, KFRC 99.7FM, 3WS FM94.5, WODS OLDIES 103 FM, K-Earth 101 FM, WCBS FM-101.1, WOGL Oldies 98.1FM and WJMK 104.3 Chicago. The word "ultimate" has been overused and misused in record releases to the point that it doesn't mean very much to see it on the cover of an album. Whether or not one considers this album to justify its title will have a lot to do with individual musical taste. If the potential consumer is a listener to one of the radio stations listed above, which are oldies stations devoted to playing pop/rock music of the 1950s, '60s, and '70s, he or she may agree that the album is the ultimate in holiday music of that period. Collectables has taken the trouble to license tracks from all of the major record labels except BMG, along with some minor ones, and several big holiday hits are included, among them Brenda Lee's "Rockin' Around the Christmas Tree," Bobby Helms' "Jingle Bell Rock," Jimmy Boyd's "I Saw Mommy Kissing Santa Claus," Gene Autry's "Rudolph the Red-Nosed Reindeer," Alvin & the Chipmunks' "The Chipmunk Song (Christmas Don't Be Late)," and the Harry Simeone Chorale's "The Little Drummer Boy." In addition, performers close to the hearts of pop/rock fans appear, including Stevie Wonder, the Drifters, Connie Francis, Diana Ross & the Supremes, Frankie Lymon, Chuck Berry, Dion, Fats Domino, the Four Seasons, and the Temptations. But can an album claim to be the ultimate Christmas collection without including Bing Crosby's "White Christmas" or Nat King Cole's "The Christmas Song," to mention only two? No, it cannot. Call this one "The Ultimate Baby Boomer's Christmas Album."
~ William Ruhlmann

Ultimate Christmas Album, Vol. 1 features a variety of popular music artists performing holiday favorites. Featured performances include Brenda Lee's "Rockin' Around the Christmas Tree," Bobby Helms' "Jingle Bell Rock," Stevie Wonder's "What Christmas Means to Me," and Jimmy Beaumont and the Skyliners' "You're My Christmas Present," in addition to several others.
~ Jason Birchmeier