A Soulful Christmas, Volume 1 - 20 Original Songs by the Original Artists
by Various Artists 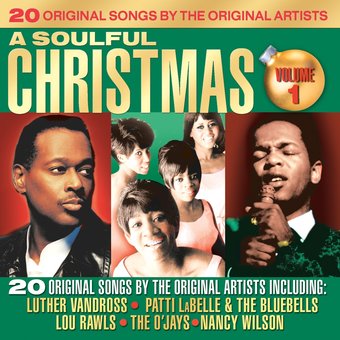 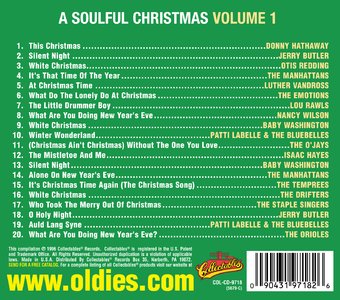 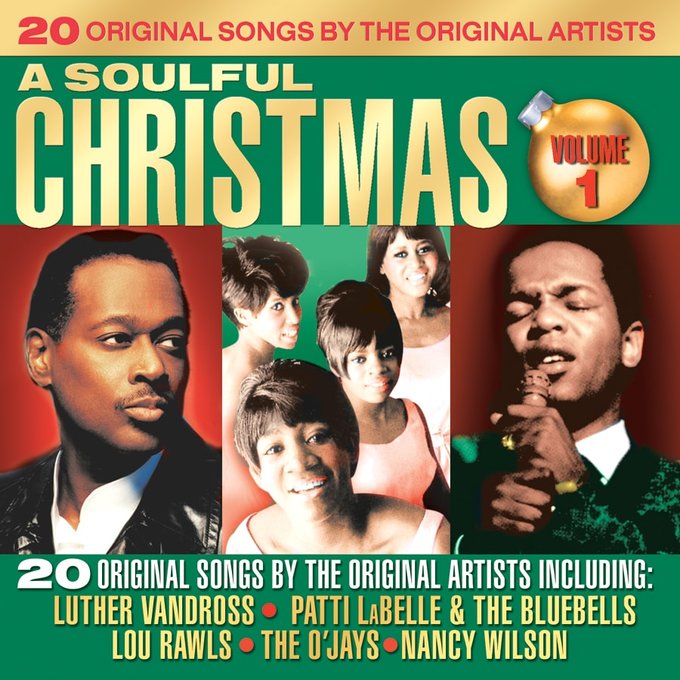 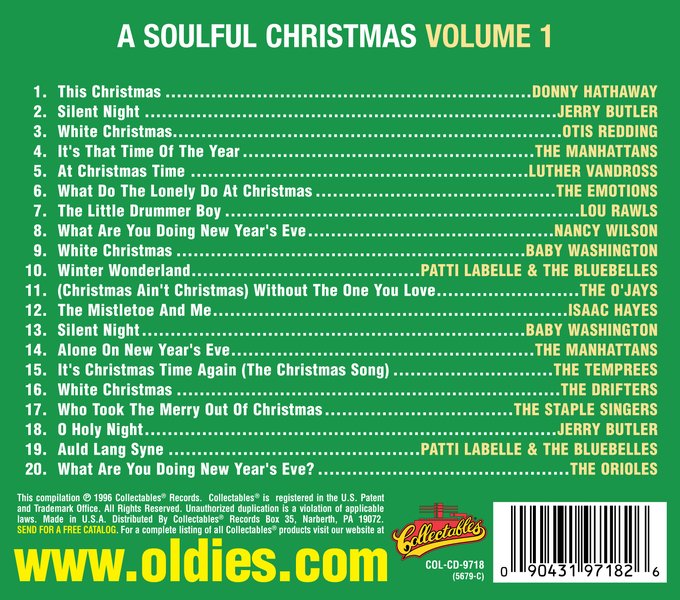 Performers include: The Jackson Five, Al Green, The Whispers, Diana Ross, Lou Rawls, The Drifters, Luther Vandross, Isaac Hayes, The Temptations.
Contains 20 tracks.
Christmas songs for every situation or predicament. If celebrating solo, avoid "Alone on New Year's Eve," "What Do the Lonely Do at Christmas," and "Who Took The Merry Out of Christmas," by the Manhattans, the Emotions, and the Staple Singers', respectively, as they don't uplift the spirits and might take you over the edge. But Donny Hathaway's "This Christmas," Jerry Butler's two selections -- "Silent Night" and "O Holy Night" -- among others, are good traditional holiday offerings. The 19 tracks include the O'Jays' contemporary "Christmas Just Ain't Christmas," the Temprees' "It's Christmas Time Again," and two from Patti LaBelle & the Bluebells. ~ Andrew Hamilton

Whitney Houston
One Wish: The Holiday Album
$8.80
Add to Cart

The Temptations
The Best of Christmas
$13.60
Add to Cart