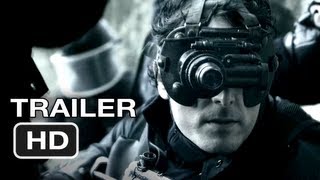 Julien Leclercq examines a terrorist plot from several points of view in this tense thriller based on a true story. In late December 1994, an airliner took off from Algeria bound for Paris, but once the plane was in the air, it became clear this would not be an ordinary flight. Members of the Algerian Armed Islamic Group, led by Yahia (Aymen Saidi), were onboard, and they took over the jet in order to stage an attack on the Eiffel Tower. Negotiators were able to arrange for the plane to land in Marseille for fuel, and the hijackers were met by French Special Forces operatives who were determined to save the hostages and take down the terrorists. L'ASSAUT (aka THE ASSAULT) examines the hijacking and the raid on the jet from three perspectives -- Yahia, Thierry (Vincent Elbaz), one of the policemen taking part in the raid, and Carole (Mélanie Bernier), a low-level Ministry of the Interior employee who believes her language skills will give her a chance to shine in the crisis. THE ASSAULT received its U.S. debut at the 2011 Tribeca Film Festival.