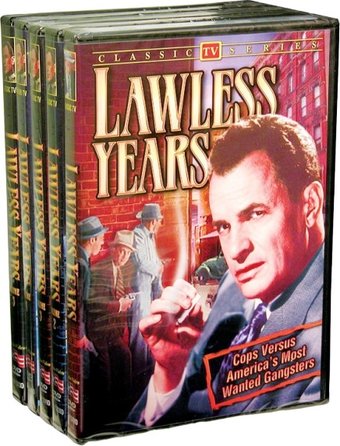 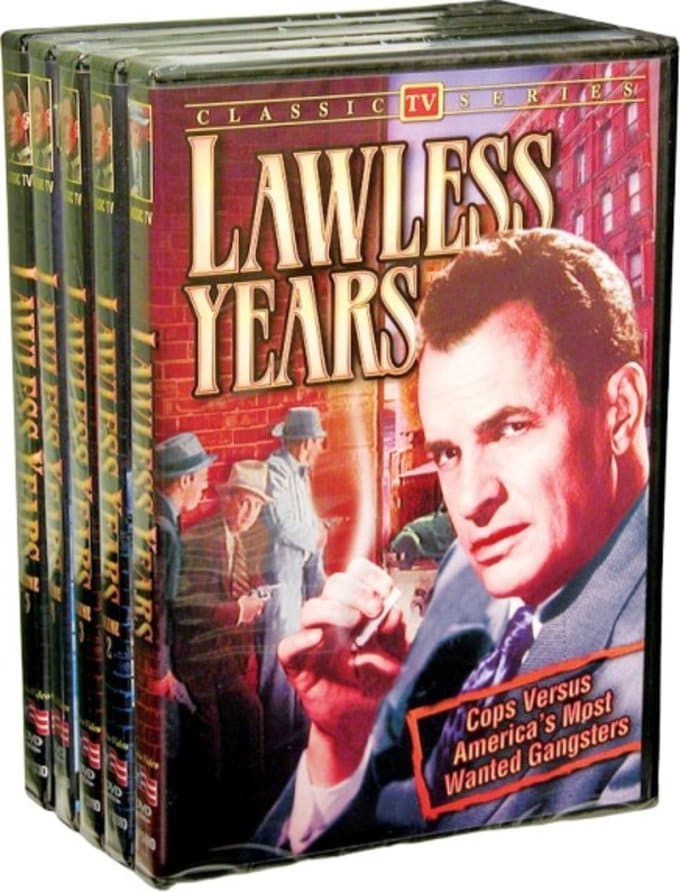 Return to the violent years of the Prohibition Era in these true stories of New York's notorious gangland bootleggers, bookmakers, thugs and killers - straight from the man who arrested them all. Based on the memoirs of Detective Barney Ruditsky, commanding officer of the city's famed Gangster Squad, "The Lawless Years" focuses on organized crime and high-profile gangsters, as did "The Untouchables," which debuted the very same year.

NICK JOSEPH: Cops go after Nick Joseph, a former small timer who's been making his mark as a contract killer for the mob.

MAX GORMAN: When bootlegger Max Gorman takes out a loan from underworld financier "AJ," his treacherous new "business partner" plots to take over the profitable enterprise.

BIG GREENY: The infamous Louis "Lepke" Buchalter decides to hand down the ultimate punishment to one of his hitmen who botches an assignment.

DUTCH SCHULTZ: Over the objections of the syndicate, Dutch Schultz plans to have Federal Attorney Thomas Dewey, a highly visible anti-mob crusader, snuffed out.

THE SONNY ROSEN STORY: A high-society scion, Sonny Rosen, is kidnapped and $100,000 in ransom is demanded from his terrified parents.

TRIPLE CROSS: Ruditsky is called in to investigate when a drug deal gone terribly wrong leaves two bullet-riddled corpses on the sidewalk.

AL BROWN: Detective Ruditsky drives small-time mob enforcer known as Al Brown out of New York, only to have him found a crime empire in Chicago as Al Capone.

JACK DIAMOND: "Legs" Diamond guns down his rivals at a nightclub. He escapes prosecution by systematically murdering anyone who might testify against him.

JOE ANGELO: A shopkeeper who refuses to pay protection money is murdered right in front of his crippled young son.

NICHOLAS PRANTERA: A former mob boss, who has been living as a bum on the streets for a decade, suddenly comes out of retirement seeking revenge.

ARTIE MOON: A small time hit-man who has made millions after taking over a distillery, plans to seize sole control of Manhattan's mob.

JONATHAN WILLS: Detective Ruditsky is determined to bring down a crooked lawyer who has grown wealthy and powerful defending mobsters.

VICTOR GORDIDO: Ruditsky's probe of a brutal double slaying is thwarted when an eyewitness is too terrified of mob retaliation to testify.

THE BLOOD BROTHERS: An immigrant mother raises an orphan along with her own son, and the two grow up to be a notorious team of mob hit men.

THE DISINTEGRATION: Mob kingpin Louie 'K' shocks a meeting of syndicate leaders by announcing that he is retiring.

THE IMMIGRANT: After finding a stolen handgun in her son's room, a desperate mother begs Detective Ruditsky to intervene and turn her boy away from a gangster life.

THE KID DROPPER: When a child is slain by crossfire during a syndicate hit, the press and public pressure Ruditsky and the detectives to put and end to mob violence.