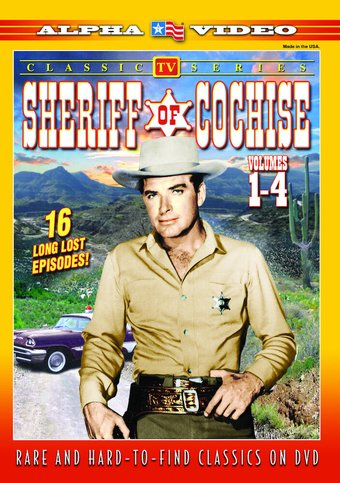 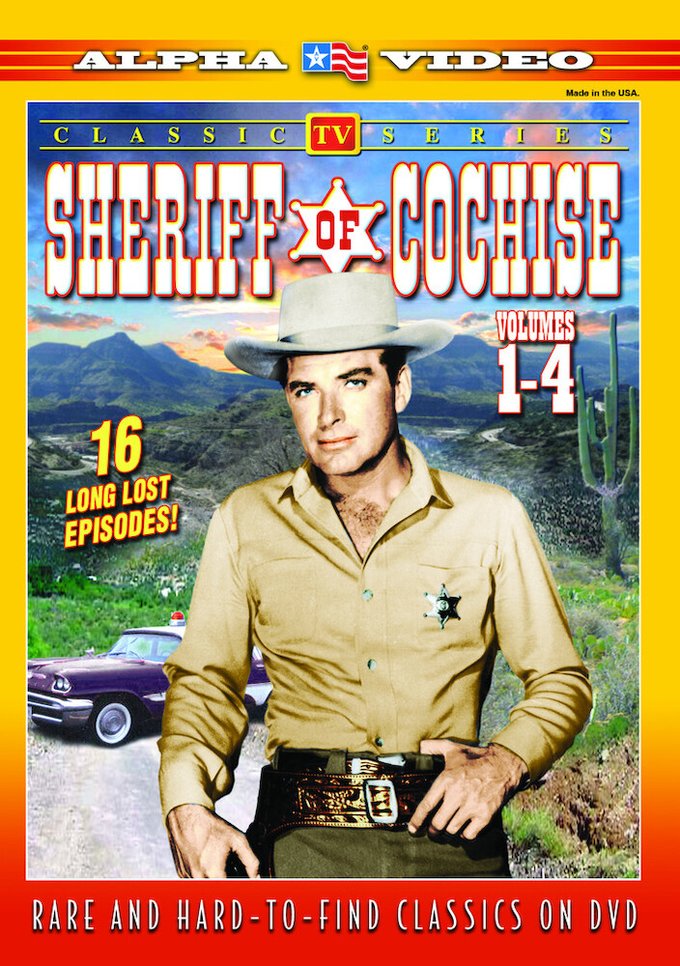 Cochise County was once Apache land until a silver strike brought a flood of white prospectors, settlers and outlaws to the harsh desert region in the late 1800's. Legendary names like Tombstone and the OK Corral conjure images of gunslingers and lawmen in an endless struggle for dominance. Almost a century later, the battle continues, as Sheriff Frank Morgan and his deputies fight crime in the still untamed southern Arizona county. This Desilu television series ran from 1956 to 1958 before changing its name to "U.S. Marshal," giving Frank Morgan a promotion and expanding his jurisdiction to the whole state of Arizona. The renamed series ran for two more years.

Bank Robbery: Two extremely clever bank robbers manage to stay one step ahead of Sheriff Morgan and his men.

Husband and Wife: Morgan travels out of his jurisdiction to rescue a friend's daughter from a gold-digging bigamist.

Lynching Party: A vigilante mob hungry for a lynching chases Morgan and his prisoner into the desert.

The Red Haired Visitor: A mechanic is murdered and all the evidence points to the wrong man.

Closed For Repairs: Sheriff Morgan discovers illegal slot machines are turning up all over the county.

Helldorado: Morgan is called in to investigate a shooting during Helldorado Week.

The Safe Man: The sheriff is stumped and left without a single clue when a gang of safecrackers strikes a dozen businesses.

Freight Train: A pair of petty thieves murder a brakeman when they hop a freight train.

Looters: Sheriff Morgan is convinced that a train robbery was an inside job.

Revenge: A hunter is murdered in cold blood but the crime scene suggests that it was suicide.

Triangle: Beloved Doc Sheldon is poisoned and the sheriff is shocked at what his investigation reveals.

Cain And Abel: A wayward teen cons a good kid into committing a felony.

Massacre: A young deputy, soon to be a father, is shot during a bloody payroll heist.

Relatives: Sheriff Morgan's investigation reveals that a farmer's cattle are being rustled by the man's own brother.

Robbery: Local merchants are held up at gunpoint by a mysterious masked man.