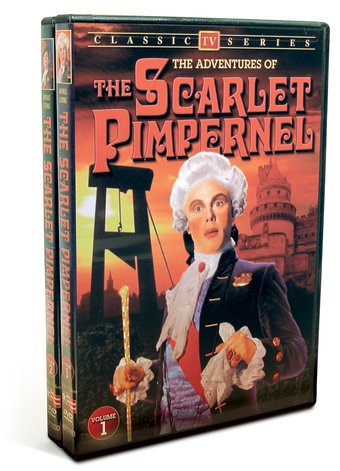 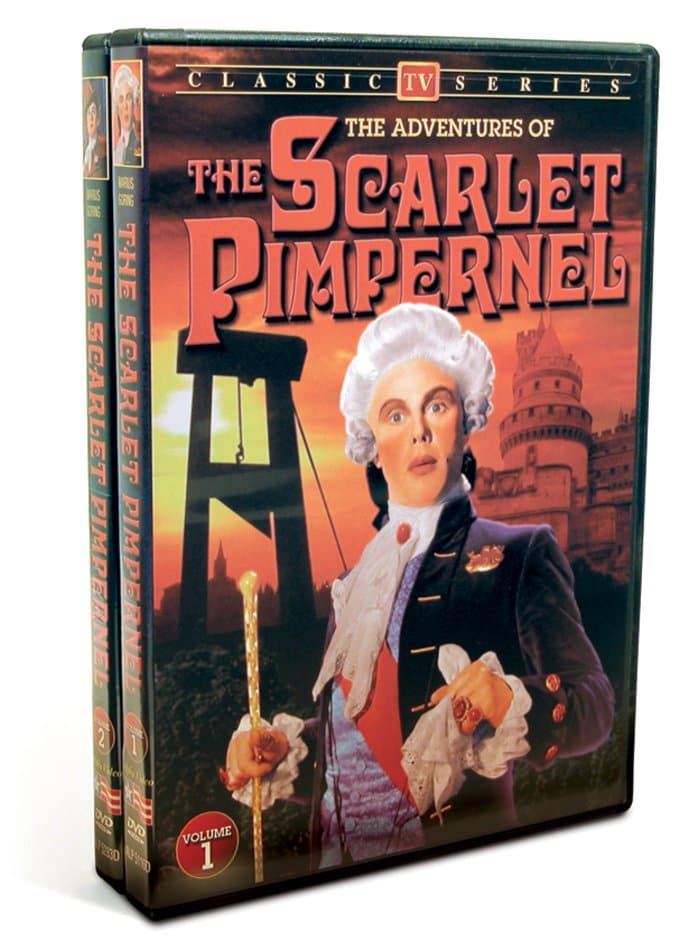 Swords flash and guillotines crash in this rousing British costume adventure played across the backdrop of the bloody Reign of Terror following the French Revolution in 1789. Sir Percy Blakeney leads a dangerous double life. A dandy English diplomat by day, at night he emerges as the Scarlet Pimpernel, the daring and elusive hero fighting the forces of Robespierre to save innocent necks from the deadly blade of the guillotine.

Based upon the novel by Baroness Orczy that inspired several big screen adaptations, this series is a follow-up to the 1952 UK radio show of the same name. Marius Goring, star of both the radio and the televison series, was also the producer. In 1991 he was awarded the prestigious Commander of the British Empire honor for his historical service to British theatre.

The Ambassador's Lady: An illicit affair between Lady Fleury and Englishman Richard Hastings leads to the murder of the salacious woman with Hastings being charged with the murder.

Sir Andrew's Fate: Shot and wounded by revolutionaries, Sir Andrew leaps from a coach in a daring escape. He is hidden and nursed by his lover, Colette, who desperately tries to throw the French authorities off his track.

Sir Percy's Wager: Countess Caroline is arrested for treason by Chauvelin and sentenced to the guillotine. Her life will be spared if the Scarlet Pimpernel ceases his clandestine activities.

Tale Of Two Pigtails: Chauvelin sets up a trap and captures Melanie and Alice as they try to flee France. Sir Percy and Lord Hastings must rescue the damsels in distress.

Antoine And Antoinette: The Pimpernel conspires to rescue a French couple who are jailed and facing trial before the cruelest judge in Revolutionary France.

The Sword Of Justice: Count Latour believes the Pimpernel robbed and drowned his wife and daughter. Sir Percy and Sir Andrew search for the real murderer - and try to sabotage Chauvelein's efforts to uncover the Scarlet Pimpernel's true identity.

The Elusive Chauvelein: Someone is blackmailing Sir Percy and other noblemen for ?500 apiece - threatening to expose each as the elusive Pimpernel. Is this extortion or one of Chauvelein's clever traps?

The Hostage: The Pimpernel saves Madame de Fleury from arrest in Paris, but Chauvelein is still holding the French noblewoman's young son hostage.