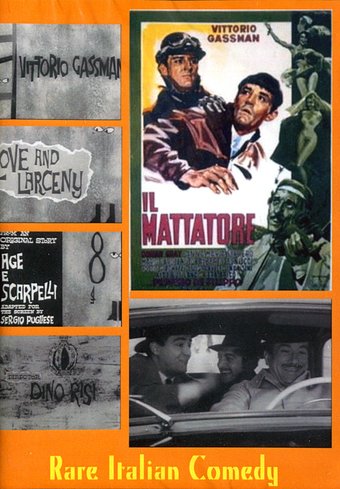 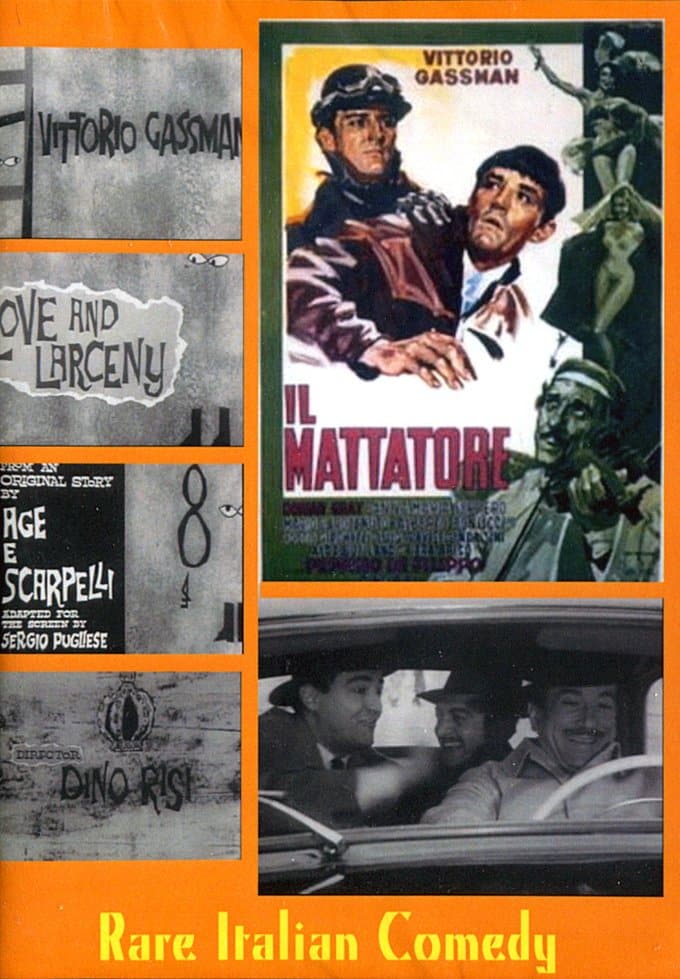 (1959, Italy) 92 min. Directed by Dino Risi. English dubbed version released in USA in 1963. Starring Vittorio Gassman, Dorian Gray, Peppino De Filippo, Anna-Maria Ferrero. Aka "Il Mattatore." Love and Larceny is a delightful, charming comedy about happy-go-lucky Gerardo. To pick up easy money he is caught in a con and goes to prison where he learns how to swindle creatively. He then embarks on one petty scam after another, from stealing shoes and Christmas pennies to bilking motorists posing as a cop. His long-time girlfriend tries to get him a real job, which he purposely muffs. He forms an alliance with the crook who sent him to jail and they escalate into jewelry thefts and a complicated swindle involving a general and fake air force contract. Impersonating Greta Garbo to scam photographers brings his first girl back into his life, who now wants to be his accomplice, she says, but the plot only thickens. Born in 1922, Vittorio Gassman studied theatre in his youth, debuted on stage in 1943 and soon felt home in all classical theatre works. His first big film role was the criminal in Bitter Rice (1949). This set a frequent role as an ambiguous gentleman who inflicted pain and pleasure at the same time. He also acted in Italian comedies and American movies, and was briefly married to Shelley Winters!