Three DVDs with 12 top secret episodes from the classic TV series, global intrigue at its best! 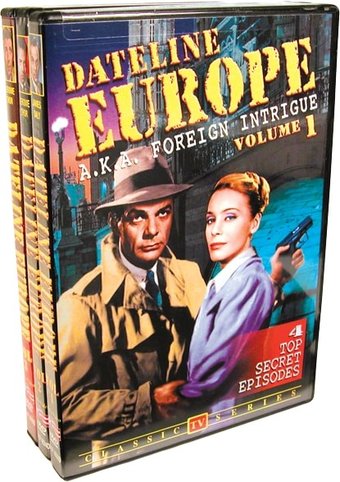 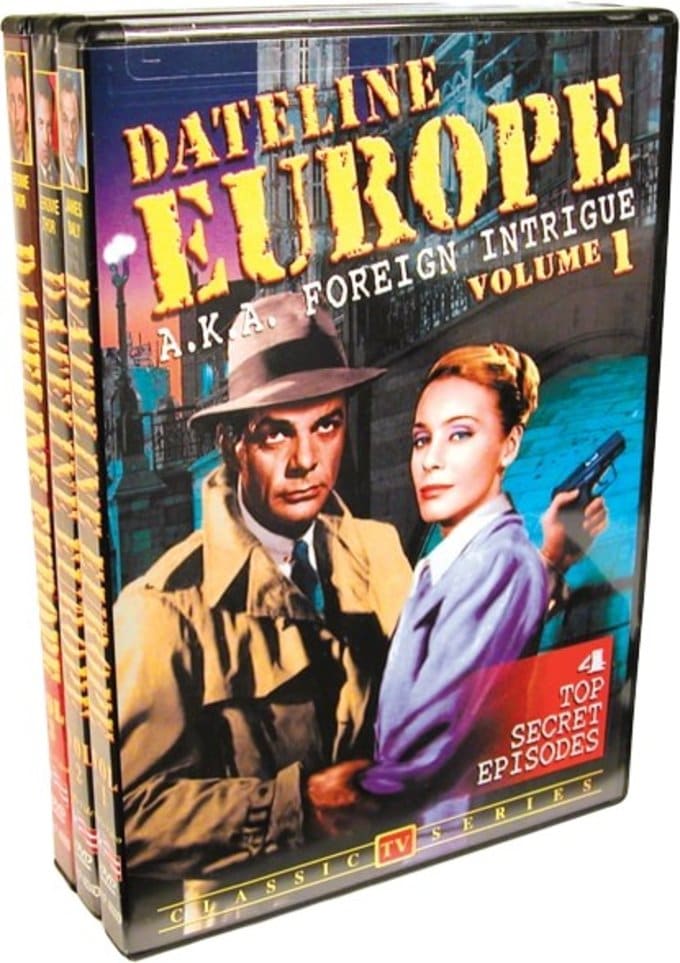 DISC ONE:
Flea Market: Reporters Cannon and Davis race against each other to uncover the culprit who is attempting to pass three million dollars in counterfeit American money through the Parisian black market.

Diamond Bullet: A beautiful fashion model who was a double-agent during the war leads Cannon on a mysterious and deadly chase involving illicit diamonds.

Sleepy Village: A quiet salesman discovers he has inherited money from an American relative. Publicity arouses the murderous intentions of enemies from his past who wish to expose him as an imposter.

Special Bonus - Foreign Intrigue - Hall Of Justice: Newly found democratic justice is put to the test as a powerful war criminal is tried for his crimes.

At The Front: After Cannon identifies the body of a murdered fellow reporter, he takes it upon himself to investigate the killing, risking his own life.

Radio Message: Cannon confronts a band of devious spies who attempt to hold the population of an entire country for ransom.

The Code Room: Cannon is the chief suspect when a vital code book is stolen from the government.

Ghost In The Valley: In Stockholm, a fellow newspaperman tips Cannon off that a war criminal that Cannon believed dead is still alive and will lead a neo-Nazi uprising.

Saw Mill: A terrified Polish scientist, desperate to get industrial secrets to the West, puts Cannon in danger when he confides his plans to him.

Action
This product is made-on-demand by the manufacturer using DVD-R recordable media. Almost all DVD players can play DVD-Rs (except for some older models made before 2000) - please consult your owner's manual for formats compatible with your player. These DVD-Rs may not play on all computers or DVD player/recorders. To address this, the manufacturer recommends viewing this product on a DVD player that does not have recording capability.
Filter Results