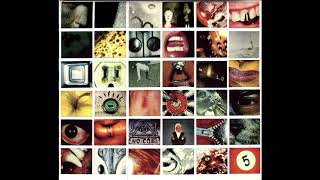 Rolling Stone - 9/5/96, pp.59-60
4 Stars (out of the 5) - "...NO CODE...is abrubt in its mood swings almost to the point of vertigo....It is the kind of impulsive, quixotic, provocative ruckus that has become rare in a modern-rock mainstream largely distinquished by weary fatalism and anxiety over quick career burnout..."
Alternative Press - 12/96, p.85
3 (out of five) - "...Instead of sinking into a rut of arena-rock boredom, they improve. They grow..."
Melody Maker - 8/24/96, p.41
"...It's unlikely, given its varied and reasonably ambitious nature, that NO CODE will replicate the monstrous success of its predecessors. Due to Vedder's discovery that you don't always have to scream to be heard, however, it's a real surprise and a welcome change..."
Musician - 11/96, p.83
"...The main feeling a listener gets from this...disc is warmth, and an empathic sense that Vedder is really a lot like you--he just worries more, is all....he's most intriguing when he's staring hard in the mirror..."
NME (Magazine) - 8/24/96, p.50
7 (out of 10) - "...they are the hippies in big shorts, and they are very busy finding themselves....Vedder is still preoccupied with his own mortality, but now he appears more quasi-mystical than miserable....for all its relative placidity, NO CODE is still a difficult beast..."

Pearl Jam: Eddie Vedder, Stone Gossard (vocals, guitar); Mike McCready (guitar); Jeff Ament (bass); Jack Irons (drums).
Recorded at Studio Litho, Seattle, Washington; Chicago, Illinois; Atlanta, Georgia.
Pearl Jam's ambitious and mystical NO CODE is no more a grunge album than Nirvana's MTV UNPLUGGED was a punk album, which shouldn't come as a surprise to anybody who's been listening all along. Even while helping to codify the droning heavy-metal blare of grunge, Pearl Jam has fought that code, breaking the rules of the music as defiantly as the band's business practices defy the rules of the music industry. By now, Pearl Jam can, and does, employ Indian drones, psychedelic rock, punk and folk without reaching.
NO CODE, the band's fourth album, opens with "Sometimes," a prayer that slowly rises toward an anthemic chorus. But the song pulls back before it gets there, as if the band's goal is to embody the smallness of all of us. Pearl Jam still, clearly, believes in the awesome power of rock: In "Habit," Eddie Vedder nearly goes hoarse ranting at a friend who's picked up a dangerous one, and in "Red Mosquito," the band works up from a folk-rocky waltz into a '60s acid-rock whirl. But much of NO CODE finds Pearl Jam pulling away from such large notions. "Who You Are," one of a few songs that seem directly inspired by Vedder's recent collaboration with Pakistani singer Nusrat Fateh Ali Khan (on the DEAD MAN WALKING soundtrack), features droning guitars, tribal drumming and a Buddhist lyric. Even within the Pete Townshend-like electric-guitar strum and vocal wailing of "In My Tree," Vedder seems to be searching not for rock and roll experience, but for spiritual innocence.