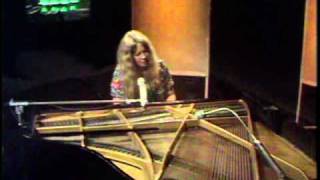 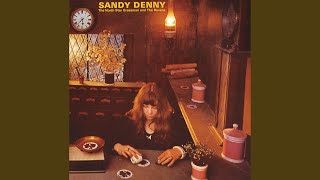 Spin - 6/88, p.77
"...her best album..."
Uncut - p.119
3 stars out of 5 - "[With] the wondrous opener 'Late November' and the harrowingly sad ' Next Time Around'..."
The Wire - p.40
"The tidal surge generated by her group reflects the watery imagery that sluices around the whole album, reinforcing the feeling of impermanence and fragility in Denny's lyrics..."

Personnel: Sandy Denny (vocals, acoustic guitar, piano); Richard Thompson (vocals, acoustic & electric guitars, accordion); Trevor Lucas (acoustic, electric & 12-string guitars, background vocals); Jerry Donahue (electric guitar); Buddy Emmons (pedal steel guitar); Barry Dransfield (violin, background vocals); Ian Whiteman (piano, flute organ); Pat Donaldson (bass); Gerry Conway, Roger Powell (drums); Royston Woods, Robin Dransfield (background vocals).
Engineers: Sandy Denny, Richard Thompson, John Wood.
Recorded at Sound Techniques, Basing Street and Air Studios, London, England in May 1971.
Personnel: Sandy Denny (vocals, acoustic guitar, piano); Trevor Lucas (guitar, acoustic guitar, background vocals); Jerry Donahue (guitar, electric guitar); Barry Dransfield (violin, background vocals); Ian Whiteman (flute, piano); Roger Bell, Alan Skidmore (saxophone); Mike Rosen, Dick Cuthell (trumpet); John "Rabbit" Bundrick (keyboards); Pat Donaldson, Tony Reeves (bass guitar); Dave Mattacks, Gerry Conway (drums); Royston Wood, Robin Dransfield (background vocals).
Liner Note Author: David Suff.
Arranger: Sandy Denny.
One could argue Sandy Denny left Fairport Convention at just the right time -- her final album with the group, 1969's Liege & Lief, was both a masterpiece and a millstone, a brilliant work they would never top -- but her instincts were not as keen in terms of launching her solo career. Denny not unreasonably wanted a showcase for her own songwriting, but after leaving Fairport she opted to join Fotheringay, a talented folk-rock band but one that was neither as interesting nor as visionary as Fairport. Fotheringay splintered during the recording of their second LP, and Denny seemed to still be finding her footing as she set out to make her first solo album. The North Star Grassman and the Ravens was co-produced by Denny, fellow Fairport alumnus Richard Thompson and John Wood, and the interplay between Denny's vocals and Thompson's understated but striking lead guitar work is one of the best things about the record. With a gifted crew of U.K. folk-rockers backing her up, the sessions confirmed that Denny was still one of the most gifted and thoughtful vocalists to emerge from the British folk community, and she was also a talent to be reckoned with as a songwriter: "John the Gun," "Late November," and the title tune are only a little short of brilliant. But as good as the original songs were, and as compelling as Denny's vocals may have been, The North Star Grassman and the Ravens feels tentative and uneven. While Denny had the strength to do rock-oriented material, the covers of Bob Dylan's "Down in the Flood" and Brenda Lee's "Let's Jump the Broomstick" sound sloppy and meandering, and as sympathetic and expert as the production may be, the deference to Denny's vocals leaves the music a bit pale in comparison, while most of the tracks lack the personality they deserve. By any standards, The North Star Grassman and the Ravens is a fine album full of great songs and inspired vocal performances, but considering the excellence of Denny's music in Fairport Convention, it was a genuine disappointment, and seems pale in comparison to her next two solo efforts, Sandy and Like an Old-Fashioned Waltz. [In 2011, The North Star Grassman and the Ravens was reissued in a deluxe two-disc edition, and it's a genuine improvement on the original. Disc one features a remastered version of the original 11-song album along with four bonus tracks, but disc two is where the greatest treasures lie, leading off with five unreleased demos and following with seven live performances from the BBC archives. On most of these tracks, Denny performs solo, accompanying herself on guitar and piano, and where the album sometimes sounds uncertain and unfocused, here Denny is brimming with confidence and dramatic force. Even for those fans who don't care for The North Star Grassman and the Ravens, the bonus material makes this a must for anyone who loves Sandy Denny's voice and music.] ~ Mark Deming

Fairport Convention
What We Did On Our Holidays [UK Bonus Tracks]
$12.60
Add to Cart

Sandy Denny
The Best of the BBC Recordings
$10.80
Add to Cart

22%off
Sandy Denny
The Lady: The Essential Sandy Denny
$9.40
Add to Cart