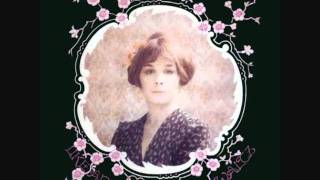 Sandy Denny - Until the Real Thing Comes Along (Music Video)

The remastered German edition includes four additional tracks and liner notes.
Sandy Denny made several near-perfect albums in her career and LIKE AN OLD FASHIONED WALTZ is most assuredly one of them. Her voice is a startling instrument of beauty, evoking every emotion under the sun. Seven of the nine tracks are Denny originals that show that the brilliance of her voice was mirrored in her writing. Two covers, "Whispering Grass" and "Until the Real Thing Comes Along," successfully cast her as an interpreter of jazz standards (Danny Thompson's bass is the perfect foil in the former). On the title song, a beautiful orchestration (arranged by Harry Robinson) emerges from its romantic core, while "Solo" is a dead ringer for her erstwhile band, Fairport Convention. Sandy Denny's music is an amalgam of British Isles traditions, folk-rock and lush pop leanings, and jazz vocal techniques. This wonderful compilation stands on equal footing with Denny's other essential albums, WHO KNOWS WHERE THE TIME GOES?, SANDY, and THE NORTHSTAR GRASSMAN AND THE RAVENS.

Hot
Fairport Convention
What We Did On Our Holidays [UK Bonus Tracks]
$11.98 on Sale
Add to Cart

20%off
Sandy Denny
The Lady: The Essential Sandy Denny
$9.60
Add to Cart