Rolling Stone: 3.5 stars out of 5 -- "Jack hauled more than bagpipes to his garage to make ICKY THUMP, which is easily his loudest album....Like his sometime heroes, Led Zeppelin, Jack White builds monuments." 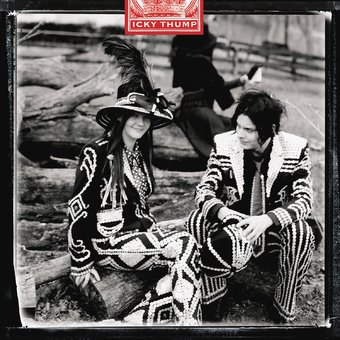 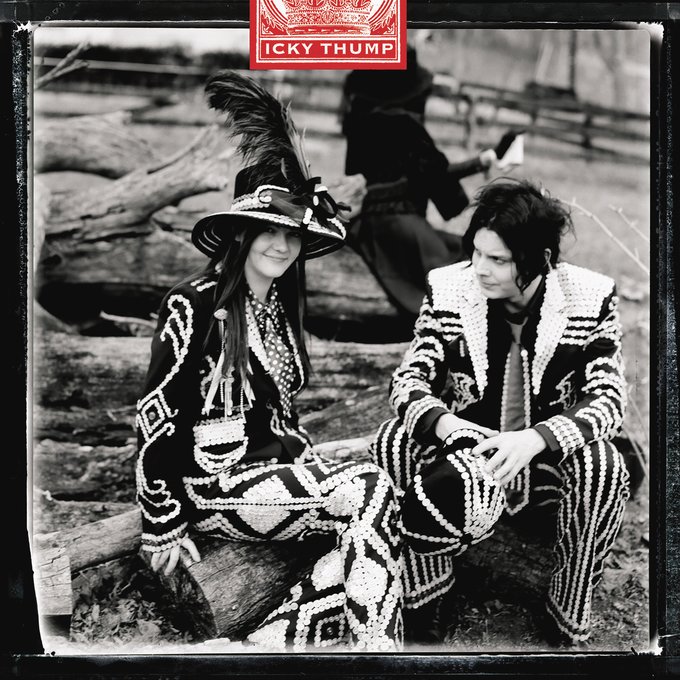 Rolling Stone - p.69
3.5 stars out of 5 -- "Jack hauled more than bagpipes to his garage to make ICKY THUMP, which is easily his loudest album....Like his sometime heroes, Led Zeppelin, Jack White builds monuments."
Rolling Stone - p.110
Included in Rolling Stone's "50 Top Albums of the Year 2007" -- "Delta-garage wallop made from the fewest, finest ingredients."
Entertainment Weekly - p.68
"Whether howling or crooning, picking or ripping, Jack comes across as earnest and fully invested in every ICKY moment." -- Grade: A
Uncut - p.92
4 stars out of 5 -- "By turns direct, quizzical, loose, and intense, it's more eclectic in terms of approach than any previous White Stripes recording."
Vibe - p.72
"THUMP is a return to form....It sounds like everything here was written on a guitar, bursting with razor-wire anthems..."
Kerrang (Magazine) - p.57
"[T]he most obvious inspiration throughout is Led Zeppelin....It confirms Detroit's biggest band as a singular talent and a genuinely great American band."
Q (Magazine) - p.88
Ranked #02 in Q's "The 50 Best Albums Of 2007" -- "[A] classic White Stripes record."

Following the arty explorations of its predecessor, GET BEHIND ME SATAN, ICKY THUMP finds everybody's favorite platinum-selling, post-modern garage-rock duo returning to their bang-and-stomp rock-&-roll roots. The marimbas and pianos of the former are kicked to the curb in favor of the kind of Led Zeppelin-in-a-trash-can riffs on which Jack and Meg White built their cooler-than-ice reputation.
There's an overwhelming sense of urgency and catharsis on most tracks, as on the title cut, where Jack's Robert Plant-ish wail falls into a near-rap full of breathless cadences. That dirty, primal groove evoked by said title is the organizing principle of the album, sweaty blues-rock writ large and gritty. Even though there are a couple of brief stylistic diversions when the Whites veer into folkier territory, there's no mistaking ICKY THUMP's status as a thick slab of heavy rock capable of handily crushing lesser sonic statements.

The White Stripes
My Sister Thanks You And I Thank You - Greatest Hits (2 LPs)
$29.50
Add to Cart

28%off
The White Stripes
Lord, Send Me An Angel / You're Pretty Good Looking (Trendy...
$5 on Sale
Add to Cart