An elderly lady hires a charming young man as a live-in companion, despite the suspicions of her niece that he may be a murderer. 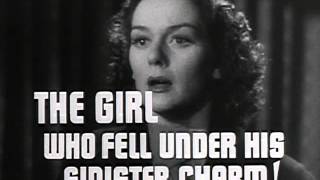 Who can resist handsome Danny (Robert Montgomery)? Not the girls in an English village abuzz over the discovery of a headless corpse. Not the rich, disagreeable old woman (Best Supporting Actress Oscar nominee Dame May Whitty) he works for. No one, except the old woman's niece (Rosalind Russell), who suspects that Danny's charming facade hides someone cold, calculating... and possibly mad. Based on Emlyn Williams' London and Broadway stage hit, Night Must Fall is a chilling, perfectly calibrated thriller that will have you checking the locks on the door as you ponder the contents of that hatbox Danny carries around. Montgomery, long typecast as the suave star of romantic comedies, earned a 1937 Best Actor Oscar nomination for his harrowing, career-changing performance.

In this adaptation of Emlyn Williams' stage play a pair of young women fall prey to a charming, psychotic killer. Academy Award Nominations: 2, including Best Actor--Robert Montgomery and Best Supporting Actress--Dame May Whitty.

Fear grips the hearts of everyone in an English village after a murderer begins stalking the inhabitants. And one young lady suspects that the madman may very well be the servant who has just moved into her home.
Olivia Grayne lives with her wealthy, hypochondriac aunt, Mrs. Bransom, who pretends to need a wheelchair. Through their maid, Dora, they meet Danny, her Irish boyfriend. Danny used to work for Mrs. Shellbrook -- who has mysteriously disappeared.
Although Olivia doesn't trust Danny, Mrs. Bransom takes a liking to the charming young man and hires him to do chores around the house.
As police try to solve the mystery of Mrs. Shellbrook's whereabouts, Olivia slowly starts to put the pieces together on her own. She attempts to convince her aunt that Danny is up to no good, but the trusting old soul refuses to believe her.
Soon it becomes clear that Danny is indeed the killer. Will Olivia stop him before he claims more victims'