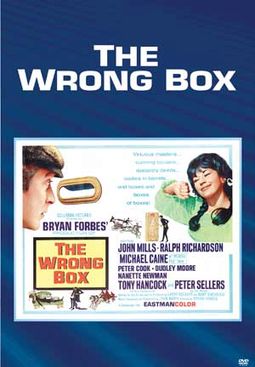 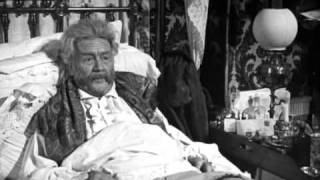 Set in Victorian England, The Wrong Box is a British black comedy with a splendid cast including John Mills, Ralph Richardson, Michael Caine, Peter Cook, Dudley Moore and last, but definitely not least, Peter Sellers. A strange rule of inheritance allows only the last remaining survivor of a family of siblings to get the sizable legacy, precipitating a dangerous contest between two elderly brothers (Mills and Richardson). Their families get involved too, sparking a wild chase and absurd comedy as they attempt to be the last man standing. Directed by Bryan Forbes (The L-Shaped Room, Seance on a Wet Afternoon). Newly remastered.

This fine black comedy features an all-star cast. Two brothers attempt to do each other in with extremely elaborate methods so they can become the sole heir to a large estate.

The last survivors of a tontine (an old-fashioned lottery-based insurance) are two elderly Victorian brothers who try to murder each other for the inheritance.

The Mouse on the Moon
$19
Add to Cart

The Mouse That Roared
$13.10 Super Savings
Add to Cart