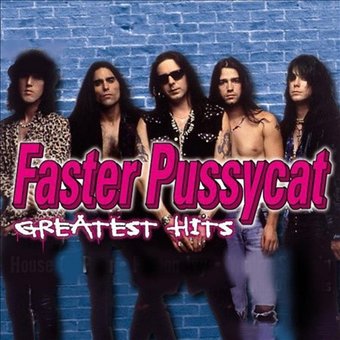 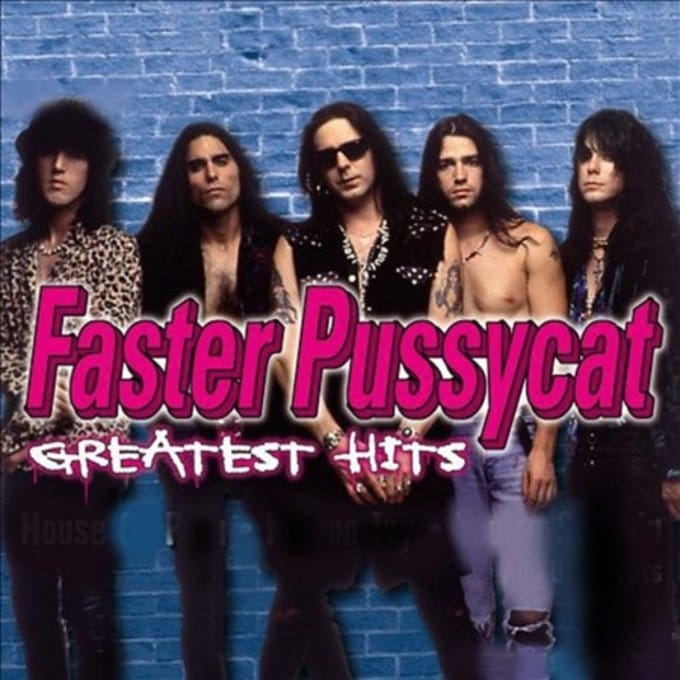 Faster Pussycat: Taime Downe (vocals); Greg Steele, Brent Muscat (guitar, background vocals); Eric Stacy (bass, background vocals); Mark Michals (drums).
Compilation producers: Craig DeGraff, Mark Pinkus.
Recorded between 1987 and 1992. Includes liner notes by Dewey Ludden.
Digitally remastered by Bob Fisher (Pacific Multimedia).
Back in the early '70s, the New York Dolls were easily the sleaziest and most rockingest bunch of cross-dressers around. And while they never were able to translate it all into commercial success, they left quite an impression on the West Coast. After all, by the mid- to late '80s, the Sunset Strip was crawling with groups that attempted to look and sound like the Dolls. A case in point is Faster Pussycat. With mile-high hair and songs that came straight out of the pages of Hustler magazine, the group seemed like a sure-fire hit for the times. And while they did score a moderate-sized hit or two, they never matched the lofty heights obtained by local rivals Guns N' Roses. At only ten tracks in length, the budget-priced Greatest Hits manages to collect most of the group's best-known tracks. Included are such glam-slam anthems as "Cathouse" (titled after a club that singer Taime Downe and one-time MTV VJ Riki Rachtman briefly co-owned), "Don't Change That Song," "Bathroom Wall," and a power ballad about child abuse, "House of Pain." If you're not an '80s glam aficionado and just want a taster, then this set is all the Faster Pussycat you'll need. ~ Greg Prato

Faster Pussycat
Wake Me When It's Over
$22
Add to Cart