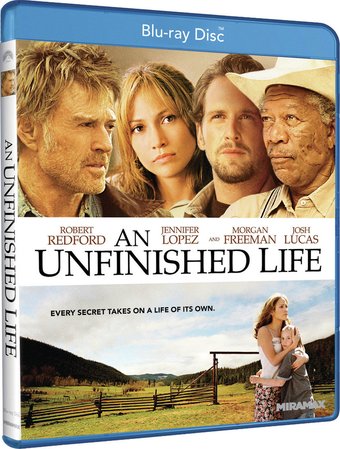 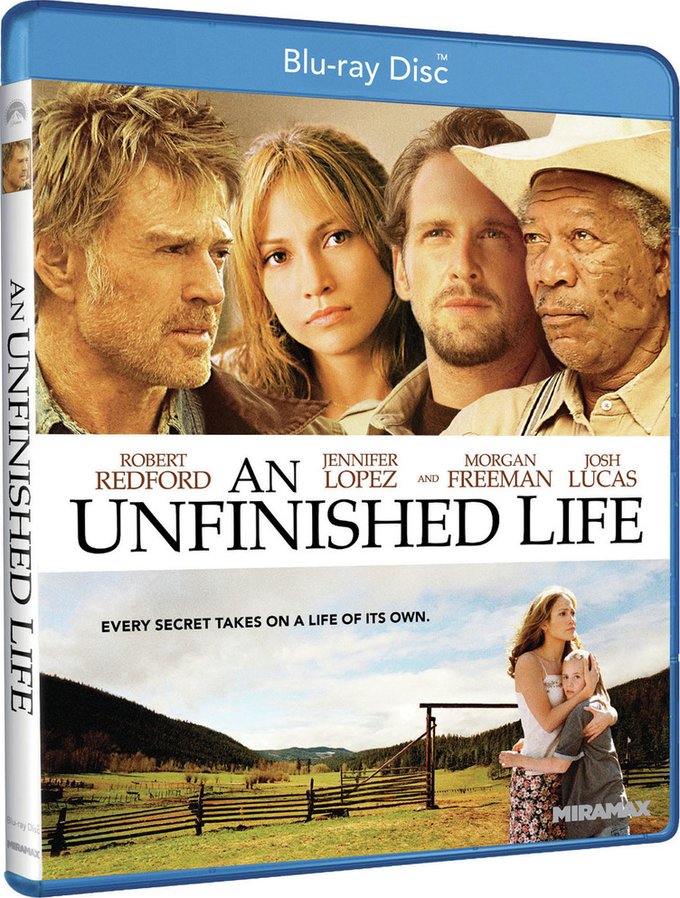 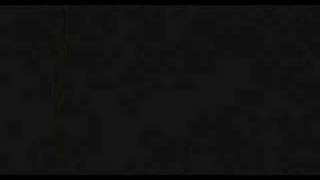 Lasse Hallstrom (CHOCOLATE, CIDER HOUSE RULES) directs an all-star cast in this melancholy tale of bitterness and redemption, played out against the beautiful backdrop of rural Wyoming. Jean Gilkyson (Jennifer Lopez) is a single mom on the run from her abusive boyfriend, Gary (Damian Lewis). With nowhere else to go, she and her young daughter, Griff (Becca Gardner), travel to the ranch owned by Jean's father-in-law, Einar (Robert Redford). Jean and Einar have been estranged since the accidental death of Griffin, Einar's son, which he has always blamed on Jean. A crusty old cowboy, Einar lives a rustic existence--working his land, minding his own business, and getting into the occasional noble fistfight on his trips into town. He follows a strict routine that involves paying daily visits to his son's grave and caring for Mitch (Morgan Freeman, BATMAN BEGINS), a ranch hand who has been bedridden since being mauled by a bear a year ago. But when Jean shows up with a granddaughter he never even knew he had, Einar's world begins to change, and old wounds begin, reluctantly, to heal. Meanwhile, Jean gets a job working at the local diner, Gary comes looking for her, and her dalliance with the handsome police chief, Crane (Josh Lucas), just might blossom into something more. But none of them can move on with their lives until Mitch confronts the beast that came close to destroying him.

The relationship between Mitch and Einar is the most fascinating aspect of the film: the two men have spent a lifetime together, and though they constantly nag one another, they obviously share a deep bond. Morgan Freeman plays a role that by now comes naturally to him--a beatific wise man who sees into the souls of others, and whose dreams provide a mystical backdrop to the action. The plucky Gardner turns in an unsentimental show-stealing performance as Griff, who coaxes her grandfather back to life and ultimately delivers a message of hope and an intimation of the meaning that can be found in life's random cruelties.