Gwen Stefani This Is What the Truth Feels Like [Deluxe Edition] 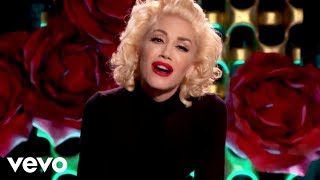 Gwen Stefani - Make Me Like You (Official Video) (Music Video) 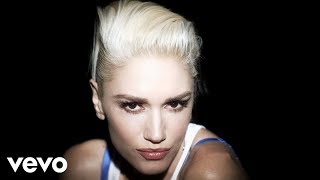 Rolling Stone
"[A] likable but low-personality version of her familiar bubble-pop solo mode, alternating between miffed breakup plaints and gushy new-boyfriend songs."
NME (Magazine)
"[Stefani] channels her heartache into soaring studio pop....'Where Would I Be' and 'Send Me A Picture' say it with Disney dancehall, while 'Me Without You' is the closest she comes to balladry..."

It's hard to view the title of This Is What the Truth Feels Like, Gwen Stefani's first solo album in ten years, as anything other than confession: she's put away childish things so she can focus on what's real. Given that her past decade consisted of raising kids, divorcing a husband, stumbling through a No Doubt reunion, and finding redemption as a television star, there's a lot of ground for her to cover. Some of the album's sprawl is endemic to pop in the mid-2010s, where standard operating procedure calls for superstars to work with a revolving team of producers, not a key collaborator. Some of this is also due to Stefani's desire to be everything to everyone, a grande dame who revels in her past while living for the future. By pursuing the twin inclinations to spill her heart while pushing musically forward, Stefani often mangles the mood. Otherwise light-hearted openers "Misery" and "You're My Favorite" accidentally dredge up a melancholy air, while the purportedly heartbroken "Used to Love You" achieves the opposite effect: Stefani seems thrilled her relationship is now nothing more than a memory. "Used to Love You" is one of many allusions to her divorce from Bush leader Gavin Rossdale -- the icy "Me Without You" is another -- but far from wallowing in her loss, Stefani spends roughly half of the record singing breezy songs of liberation. On groovy slices of retro-disco like "Where Would I Be?" and "Make Me Like You," or the glossy adult pop of "Truth," she seems freed, never hustling to be hip nor settling into a role as an elder stateswoman. At its best, This Is What the Truth Feels Like manages to be as fleet, giddy, and charming as Gwen Stefani ever is. ~ Stephen Thomas Erlewine

Gwen Stefani
You Make It Feel Like Christmas [Deluxe Ed.]
$14.60
Add to Cart

Gwen Stefani
You Make It Feel Like Christmas
$14.60
Add to Cart

Gwen Stefani
You Make It Feel Like Christmas [Deluxe Ed.]
$14.60
Add to Cart