Record Collector (magazine): 3 stars out of 5 -- "HEADING FOR TOMORROW sounds the most like Helloween; the great, tuneful 'Heaven Can Wait' being a highlight..." 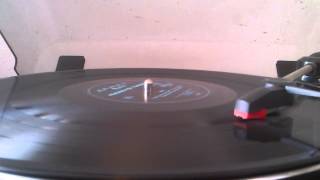 Record Collector (magazine) - p.83
3 stars out of 5 -- "HEADING FOR TOMORROW sounds the most like Helloween; the great, tuneful 'Heaven Can Wait' being a highlight..."

Personnel: Kai Hansen (vocals, guitar); Ralf Scheepers (vocals); Mathias Burchardt (drums).
Audio Mixer: Tommy Newton.
Audio Remasterers: Alex Dietz; Eike Freese.
Liner Note Author: Matthias Mineur.
Recording information: Horus Sound Studio Hannover (09/1989-01/1990).
Illustrator: Herv‚ Monjeaud.
German guitarist Kai Hansen shocked the heavy metal establishment when he threw in the proverbial towel -- quitting power metal legends Helloween at the height of their fame for pastures new. Of course, Hansen was merely tired of the giant machinery that had enveloped his one-time baby, and promptly put his efforts into a new group called Gamma Ray, which, to no one's surprise, sounded a lot like Helloween. Indeed, Gamma Ray's fine 1989 debut, Heading for Tomorrow, represented not only a logical continuation of Hansen's work with his former band, but served as a veritable tour de force for the newly independent guitarist, who single-handedly produced it and wrote all but two of its tracks. Whether cranking out melodic thrashers like "Lust for Life" and "Hold Your Ground," flexing his mainstream metal muscles with consumer-ready numbers like "Heaven Can Wait" and "Money," or venting his loftier compositional kinks on the 14-minute magnum opus of a title track, Hansen displays a renewed enthusiasm for his craft that had been sorely missing as of late. For fans of old-school Helloween accustomed to Hansen's high-speed harmonies with former shredding foil Michael Weikath, the guitars of Heading for Tomorrow will definitely sound a little thin at first, but not enough to gripe over. Singer Ralf Scheepers -- in possession of a more-than-capable air-raid-siren-like metal voice -- volunteers a worthy contribution of his own with the imminently accessible "Free Time," and a faithful rendition of the Uriah Heep standard "Look at Yourself" wraps up what turned out to be just the first chapter of Hansen's second whirl through the music world -- one which, ironically, has outlasted his original legacy with Helloween in years of service, if not in terms of widespread influence. ~ Eduardo Rivadavia