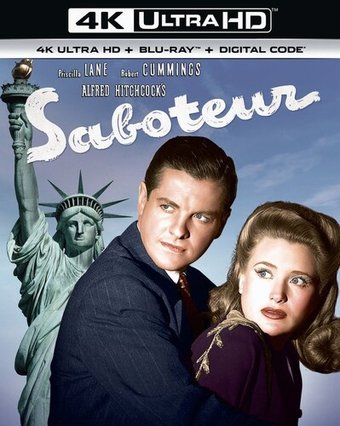 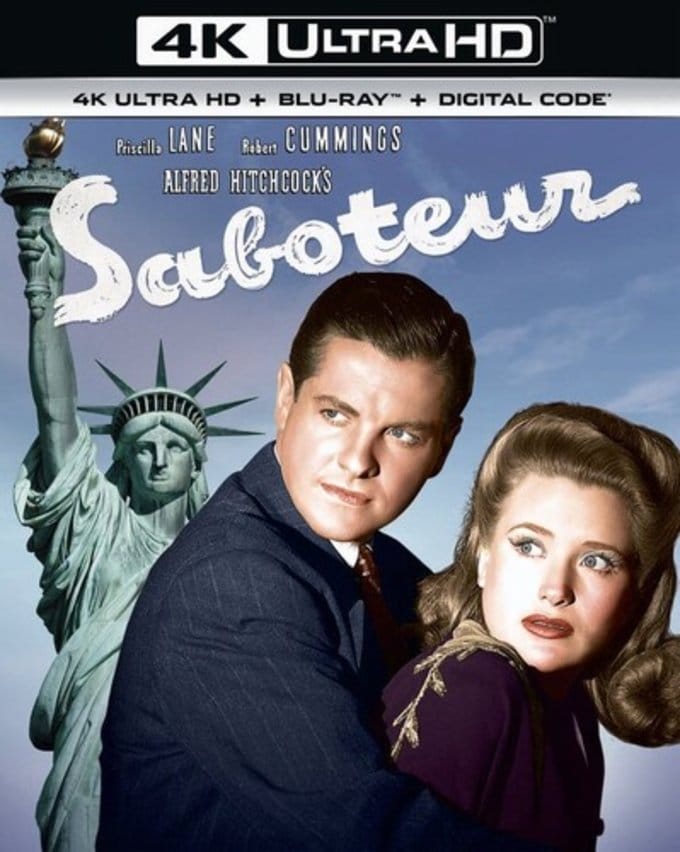 A forerunner to Hitchcock's NORTH BY NORTHWEST, SABOTEUR is the story of defense plant worker Barry Kane (Robert Cummings), who stands falsely accused of planning a factory explosion that killed his good friend. Recognizing that he has been set up and that no one is likely to believe his story, Kane is forced to piece together the little information he can recall from the event to find the true leader of a spy ring. The film carries themes later explored more deeply in other Hitchcock films. The lone hero escapes and races cross country, searching desperately for proof of his innocence. Kane has the good fortune to win the trust of a blind musician and later the affection of the musician's daughter, Patricia Martin (Priscilla Lane). Over the course of a series of explosive scenes Kane, both the pursuer and the pursued, approaches the inner circle of agents. Among the hairpin plot twists and near misses are the traditional absurd Hitchcockian touches--such as when the lovers seek refuge in a train car filled with circus misfits. The ultimate climax, the clash on the Statue of Liberty, is one of Hitchcock's most famous scenes.

This grand Alfred Hitchcock thriller finds the director making full use of the North American continent and mythos to tell the story of an innocent on the run. Barry Kane (Robert Cummings) is a man unjustly accused of sabotaging an American airplane factory in Glendale, California, during WWII. He escapes the police with a daring jump off a bridge and sets out in pursuit of the real criminal. Full of quirky characters and plot surprises, this forerunner of THE FUGITIVE is a Hitchcock gem full of action as it spirals towards its stupendous climax.