You can never escape your past 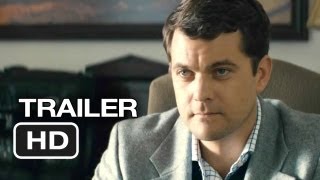 A Syrian expatriate in Canada learns that his daughter has gone missing in Damascus, and returns to his home country for the first time in 20 years to find her in this thriller from writer/director Ruba Nadda (CAIRO TIME, SABAH). January, 2011: As the Tunisian government crumbles, protestors fill the streets of Cairo. Meanwhile, in Canada, successful Syrian emigrant Adib Abdul-Kareem (Alexander Siddig) receives word that his daughter Muna has vanished while traveling through Damascus. Left with no choice but to return to Syria and follow every lead he has, Abdul-Kareem enlists the aid of Fatima (Marisa Tomei), his long-lost love, and a Canadian embassy official (Joshua Jackson) in locating Muna at all costs. But by the time Abdul-Kareem realizes that the official may be acting on his own agenda, it may already be too late for both the desperate father, and the daughter who disappeared without a trace.

The Reluctant Fundamentalist
$23.50
Add to Cart