Playboy and ne'er-do-well Gordon Bates is dead. There are suspects aplenty. "From Headquarters" come the army of crime specialists - toxicologists, fingerprint experts, ballistic experts, and for good measure, authorities on the use of invisible ink. 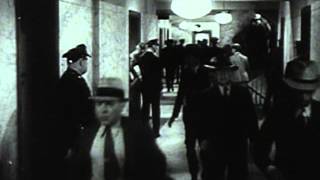 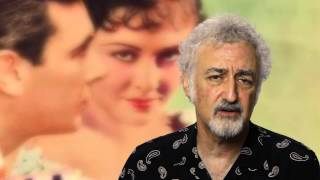 Allan Arkush on FROM HEADQUARTERS (Featurette)

Playboy and ne'er-do-well Gordon Bates is dead, that's for sure. But whodunit? That's not so sure. There are suspects aplenty. So From Headquarters comes the army of crime specialists - toxicologists, fingerprint experts, ballistic experts, technicians running data-card tabulations on Hollerith machines and, for good measure, authorities on the use of invisible ink - that know the howdunit can point to the who. George Brent and Eugene Pallette portray the lead crime dogs in this swift sniff-out of a killer that sifts through murderous means and motives at an engagingly pell-mell pace. William Dieterle (A Midsummer Night's Dream, The Hunchback of Notre Dame), on his way to A-list prominence, directs with great visual hubbub and flourish.

In the tradition of BUREAU OF MISSING PERSONS, Warner Bros's FROM HEADQUARTERS offers a methodical, semi-documentary look at modern law-enforcement methods. The story concentrates on the investigation of a single murder. The victim, seemingly respectable, was actually a vicious blackmailer, a fact that brings several shady supporting characters into the story. Chief detective Stevens (George Brent) divides half his time to the tedium of police procedure and forensic work, and the other half to his romance with Lou Ann Winton (Margaret Lindsay), who may or may not be mixed up in the murder. Dorothy Burgess delivers a chillingly convincing performance as a cocaine addict, while comedian (and home-movie enthusiast) Ken Murray is equally effective as a snide reporter.

Drugs | Mystery | Blackmail | Playboy | Detective | Crime | Chemists / Chemistry
This product is made-on-demand by the manufacturer using DVD-R recordable media. Almost all DVD players can play DVD-Rs (except for some older models made before 2000) - please consult your owner's manual for formats compatible with your player. These DVD-Rs may not play on all computers or DVD player/recorders. To address this, the manufacturer recommends viewing this product on a DVD player that does not have recording capability.

17%off
Murder on the Orient Express
$12.50 Super Savings
Add to Cart