Story of a Depression-downtrodden waif (Blondell) who uses her brains instead of her body to rise from tyro con artist to crime boss. A terrific supporting cast comes along for the rags-to-rackets ride through all the murder and double-crossing. 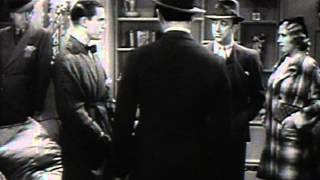 Joan Blondell, one of Hollywood's most memorable blondes, gets top billing in this protofeminist crime yarn as tough as a taxi dancer's heart. Blondell's first starring role was also a change of pace for a contract player usually cast as a chorus cutie or the male lead's loyal doxy. Instead she plays the title character, a Depression-downtrodden waif who uses her brains instead of her body to rise from tyro con artist to crime boss. A terrific supporting cast - Chester Morris, Allen Jenkins. Mae Busch, Sterling Holloway - comes along for the rags-to-rackets ride through all the murder and double-crossing that make crime melodrama great entertainment. This time with a woman's touch.

Set during the Depression, this crime drama centers upon a basically honest girl who is forced into prostitution by circumstance. She then becomes a gangster's moll where she learns a bitter lesson about the criminal life.

Death | Prison / Prisoners | Crime | Gangsters | Criminals | Weapons
This product is made-on-demand by the manufacturer using DVD-R recordable media. Almost all DVD players can play DVD-Rs (except for some older models made before 2000) - please consult your owner's manual for formats compatible with your player. These DVD-Rs may not play on all computers or DVD player/recorders. To address this, the manufacturer recommends viewing this product on a DVD player that does not have recording capability.

Customer Rating:
Based on 503 ratings.


The Warner Brothers studio had always placed Joan Blondell into supporting parts until this film in 1933 called "Blondie Johnson!" This was her first starring film as she plays a tough Moll with a heart of gold! This film should of propelled Joan Blondell into a big star but it just wasn't meant to be! I mean she had the talent,skill and good looks to become a great actor but maybe I am bias because I am a huge fan of her! This film is very entertaining and holds up very well after 80 years! Joan Blondell gives the performance of her life in this film and I am pretty sure once you view it, you will know what I am talking about!


This film is very good! Joan Blondell is terrific in her 1st starring role as she plays a tough moll with a heart of gold! This film should of propel Joan Blondell into a big star but it wasn't meant to be! Warner Bros always had her in supporting roles but with the right material like this film, Joan Blondell's talent really shines! In my opinion, Joan Blondell was a beautiful woman inside and out! She was very attractive with a nice figure and spunky as compared to the other actresses in the pre code era! Even James Cagney had a major crush on her! Anyway, view "Blondie Johnson" and be fascinated by the cute Joan Blondell!