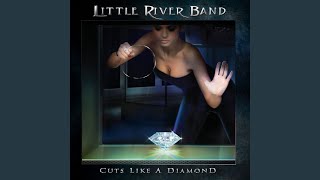 About a decade after their last studio album, Little River Band reunited to cut Cuts Like a Diamond for Frontiers Records. This may push the definition of "reunion" somewhat, as there are no original bandmembers. The veteran is bassist/now lead singer, Wayne Nelson, who joined the group in 1980, and as of the new millennium, turned into the frontman, leading a group of reliable pros through oldies shows and Christmas albums, culminating in this 2013 set that very deliberately recalls the group's fading heyday of the early '80s. Apart from the odd production flourish -- which includes Auto-Tune, which does indeed sound very odd in this context -- this is aesthetically of a piece with such hits as "Take It Easy on Me" or "Man on Your Mind," sometimes recalling the crystalline synthesized adult contemporary of the late '80s/early '90s. That means that all the attempts at freshening LRB's sound only brought them forward a few years, but that doesn't mean Cuts Like a Diamond is a disappointment; it's big, shiny, and hooky, almost defiantly old-fashioned in its appeal -- which will be more than enough for most fans of Little River Band. After all, since Cuts Like a Diamond delivers the goods, who cares who is or isn't in the band? ~ Stephen Thomas Erlewine