Rogers plays dreamer Ellie May Adams, whose mother supports her squalid family by selling herself. Ellie May marries an upstanding man without revealing her background. But her secret gets out. 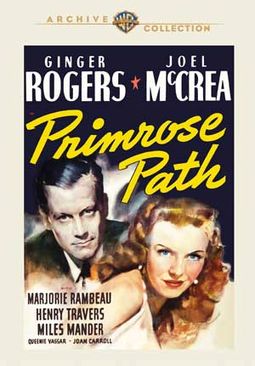 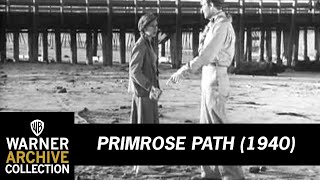 1940 marked a high point in Ginger Rogers' career: it was the year of Kitty Foyle, which would earn her a Best Actress Academy Award. Rogers made another exceptional drama that year: this overlooked gem that pushed boundaries with its (for the time) frank view of prostitution. Rogers plays dreamer Ellie May Adams, whose mother supports her squalid family by selling herself. Ellie May marries an upstanding man (Joel McCrea) without revealing her background. But her secret gets out. Rogers shines as the innocent raised amid corruption, Marjorie Rambeau earned an Oscar nomination as the good-time ma and Queenie Vassar steals scenes as acid-tongued Grandma, who'd go back on the game if anyone would pay her.

Mamie Adams (Marjorie Rambeau) supports her alcoholic husband and two daughters by the same profession her mother had practiced: prostitution. Ellie May (Ginger Rogers), the eldest girl, wants desperately to escape her bleak life, and when she meets and falls in love with Ed Wallace (Joel McCrea), who works at the hamburger stand on the beach, she feels she has her chance. However, when Ed finds out Ellie May's family secret, the relationship begins to fall apart. She is about to follow in her mother's footsteps, but will Ed's reappearance at the end set things right' Based on the novel FEBRUARY HILL by Victoria Lincoln. Academy Award Nominations: Best Supporting Actress--Marjorie Rambeau.

A young girl from the wrong side of the tracks deceptively lures a respectable man into marriage. Once her origins are exposed and her marriage falters, she realizes she is in love.