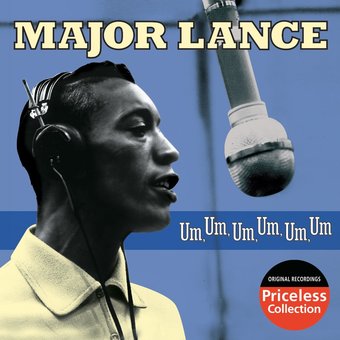 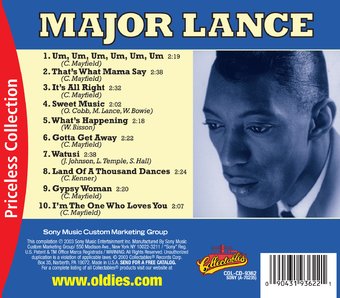 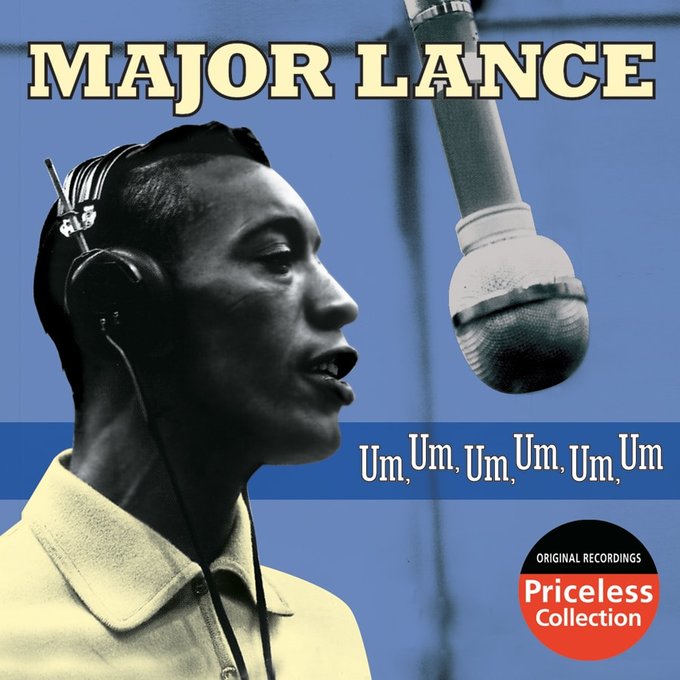 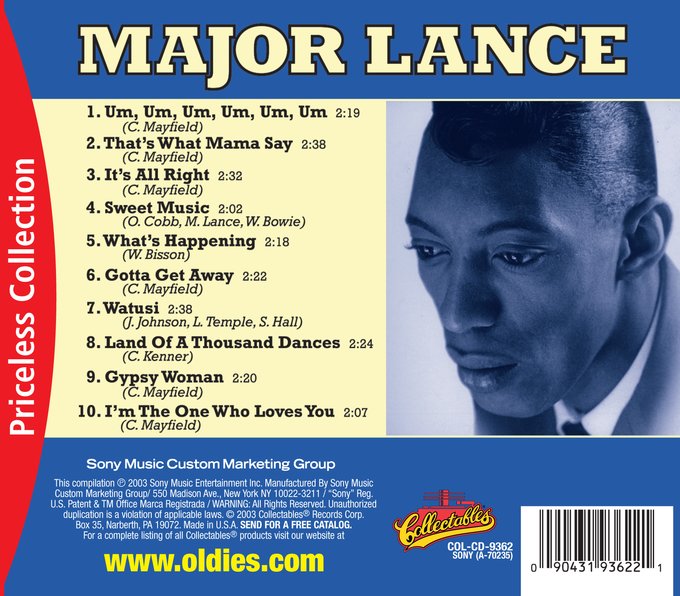 A budget-priced 10-track collection of favorites from Major Lance. All original recordings.

Record Collector (magazine) - p.98
4 stars out of 5 -- "There are six Curtis Mayfield songs here....'I'm The One Who Loves You' is probably the most satisfying, with its strong femme back-ups and typically attractive Chicago high-pitched brass interventions."

Collectables' 2003 budget-line release Um, Um, Um, Um, Um, Um, part of the label's Priceless Collection series, is a brief ten-track sampler that contains one of Major Lance's big hits -- the title track -- and a selection of other material he cut during the '60s. Most of these songs were written (and some produced) by Mayfield and had been hits for the Impressions -- "It's All Right," "Gypsy Woman," "I'm the One Who Loves You," "Gotta Get Away," "That's What Mama Say" -- while the rest are firmly within the sophisticated, easy-rolling Chicago soul groove patented by Mayfield. This makes for an enjoyable listen, but listeners should take note that this is far from a representative Lance retrospective, since it's missing such major hits as "The Monkey Time," "Girls," "Rhythm," and "The Matador," which are all on either Epic/Legacy CD Everybody Loves a Good Time!: The Best of Major Lance or The Very Best of Major Lance, both of which are excellent. However, collectors should take note that this contains a handful of tracks not contained on either of those discs. ~ Stephen Thomas Erlewine

25%off
Smokey Robinson & The Miracles
Motown Legends: Shop Around (CD)
$5.98 on Sale
Add to Cart

The Manhattans
Greatest Hits (CD)
$6.97 on Sale
Add to Cart